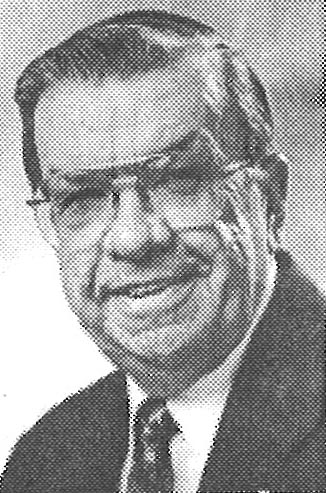 Thomas graduated from Taylor High School, class of 1952, where he played football and baseball.

In 1957, he registered with the P.I.A.A. in football and baseball. That same year he became a chartered member of the Amateur Softball Association, Scranton Chapter, in Scranton, Pa., umpiring fast pitch, modified pitch, and slow pitch softball in the area.

In 1970, he founded the Taylor Girls Softball Association which is still very active in the area. From 1970-73 he was sports editor for the Tri-Boro Banner, a weekly newspaper in the Taylor, Moosic, and Old Forge area.

He retired from officiating high school football in 1980, and from the P.I.A.A. in 1993. This year he will start his 40th year of A.S.A. softball umpiring.

Thomas is president-elect of the National Welsh-American Foundation, and is on the Board of Directors of the National Welsh-American Foundation, Scranton Chapter American Red Cross, Lower Lackawanna Valley Sanitary Authority, Community Concert Association of Scranton, and honorary vice-president of the Ystradgynlais Male Voice Choir, Ystradgynlais, South Wales.

He is married to the former Fay A. Evans, and has two daughters, Darlene Williams and Robin Vanderwahl.