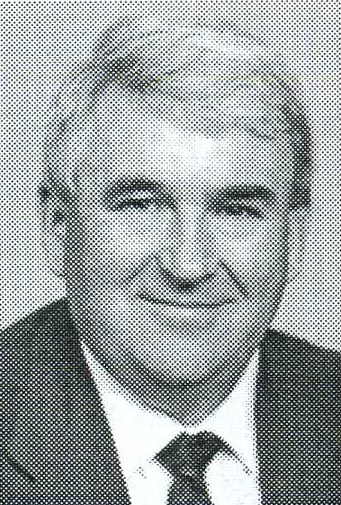 Thomas A. Peifer graduated from South Wayne High School, Newfoundland, in 1960. In high school, Tom was a 3-year letter winner in basketball and baseball, and served as captain of both teams in his senior year. He was a member of the District 12, 1958 baseball champion­ship team.

Tom started his teaching career in 1964 in Northampton, Pa., as a high school science teacher and also served as assistant football coach and assistant track coach from 1964-97.

In 1967, Tom joined the Wallenpaupach Area School District as a high school science teacher and coached baseball and girl’s softball. During his tenure as varsity baseball coach, the Buckhorns had 123 wins and 42 losses, winning 2 District XII Championships and 4 Wayne County League Cham­pionships.

Tom assisted in the formation of the Green-Dreher-Sterling Athletic Association and the Newfoundland Little League, Teener League, Babe Ruth Program, and District II American Legion Program for the Wallenpaupack Area. His commu­nity baseball teams won over 300 games during his 33 year tenure as coach. Additionally, Tom served as Chairperson of the Wayne County Baseball League, was District 12 Chairperson, and also served as General Manager of the Scranton Red Sox in the Atlantic Collegiate Baseball League.

Tom received the Paul Harris Fellowship Award for Community Service, particularly in youth activities, from the Newfoundland Rotary Club, and an Outstanding Teacher Award from the Honesdale Jaycees. Tom has also received the District H American Legion Coach of the Year Award, and is a member of the Wallenpaupack Athletic Association.

Tom is married to the former Linda Brown, and has two children, Michael and Sharon.