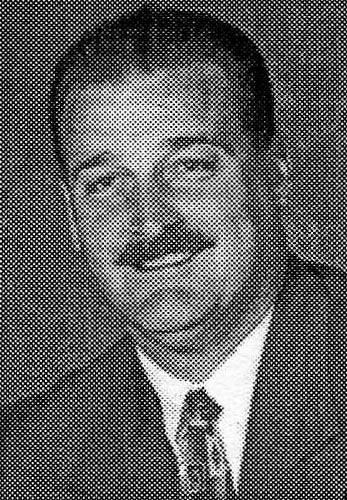 Richard graduated from Louis E. Dieruff High School in Allentown, Pa. in 1980. While at Dieruff High School, he played football from 1977 to 1979. He was tri-captain of the unde­feated East Penn Conference Champion Dieruff football team. He was named East Penn Conference First Team All-Star as a defensive back. He played baseball for Dieruff H.S. in 1978, 1979, and 1980 in the East Penn League. He was co-captain of the Dieruff baseball team in 1980. Also in 1980, he was named East Penn Conference Team All-Star as an out­fielder. He was selected as Most Valuable Defensive Player on the Dieruff football team and selected as MVP on the Dieruff baseball team in 1980. Richard went on to attend Citadel College in Charleston, S.C. on a full athletic football scholarship, graduating in 1984 with a B.A. in Math/Education. While at Citadel, he played football from 1980 to 1983. He was tri-captain of the Citadel football team in 1982 and 1983. In 1982, he was named to the All-Southern Conference Team as a defensive back. In 1983, against VMI, he was named the TBS Chevrolet Player of the Game, and the State of South Carolina Palmetto Touchdown Club Citadel Football Player of the Year. In 1987, he coached the Dieruff High School to its first baseball championship in the 28 year history of the school. His overall record in his 3 seasons as head baseball coach at Dieruff was 53 wins and 19 losses. In 1992, while head football coach at Allen High School, he coached them to their first District XI football champi­onship in the school’s 98 year history of football. The team’s 9 wins was the most since 1957. Richard was only the 4th head football coach at Allen High School since 1925 to post an overall winning record. While coaching at Parkland High School in 1994, he led the team to its first Eastern Conference football champion­ship, and in 1995 he led the team to its first District XI playoff appearance. In 1996 and 1998, he was selected as the Pennsylvania State Football Coaches Association’s District XI Coach of the Year. Richard’s overall record as a head football coach in 8 seasons was 67 wins, 28 losses, and 2 ties. Richard was selected in 1999 by the Big 33 committee to serve as an assistant coach for Pennsylvania in the Big 33 game in Hershey. Richard and his wife Michelle reside in Allentown, and are the parents of three children, Richard J., Lauren and Courtney.