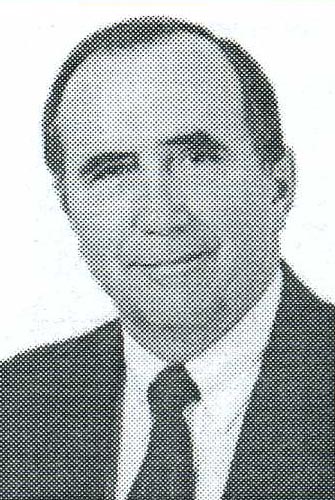 Raymond Raffin graduated from Moshannon Valley High School in Phillipsburg, Pa., in 1958. He was a 9-letter winner in football, basketball, and baseball.

While at Lockhaven State College he was a member of the football team for four years, graduating in 1962 with a B.S. in Health Education.

His football team has an impressive record with 177 wins, 129 losses, and 7 ties. They have won 8 Northern Tier Championships, were District 4 Champions in 1990, and were district qualifier 8 times and finalists 4 times. They were Eastern Conference Northern Section PA Champs from 1993-1996, and had undefeated teams in 1982 and 1983. They also had a 25-game winning streak from 1981-84. They were named by the Elmira Star Gazette as the team in the Twin Tier in 1983.

Raymond was District Director of the PA Scholastic Football Coaches Association from 1980-1986, and President of the Association in 1987, and is still a member of the Executive Board. He has been a PIAA baseball official for 10 years, and PIAA wrestling official for 15 years.

He has been married to Mary Ann Raffin, RN, for 33 years, and has 3 children, Michele, John and Karl.