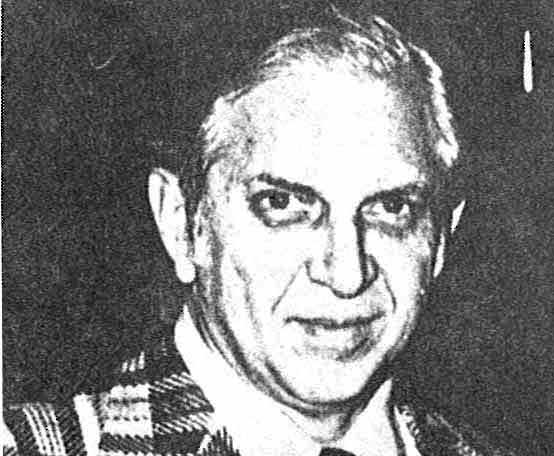 Ray Saul will be inducted as a sportswriter and editor. He joined the Standard-Speaker as assistant sports editor in 1950 following graduation from Penn State. He became sports editor six years later and held that position until 1982 when he was named day editor. In May of 1983, he became managing editor. He has won numerous awards for sports coverage, including a national award from Babe Ruth

Baseball. Last year, he was Pa. Amateur Softball Association Writer of the Year and in 1982 he received the Jerry Wolman Chapter Pa. Sports Hall of Fame Vince Lombardi Award.

He is also active in sports, having been a PIAA basketball, baseball and softball official for more than 25 years and an Amateur Softball Association umpire the last three years. He served as a chapter president in all three sports. He played varsity basketball at Hazleton Penn State and was a fast—pitch softball pitcher for 15 years at Penn State, in the Pocono Mountains and here.

He also served in various capacities with Hazleton Little League, Hazleton, Babe Ruth, Valley Babe Ruth and Erne Valente Sports, Inc., in addition to being involved in many civic and community groups.