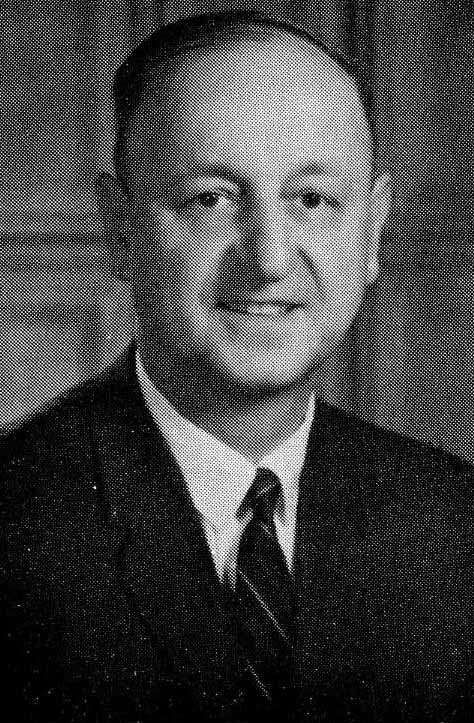 Peter G. Podwika was born on June 29, 1919. He graduated from Wyoming High School in 1937, Bloomsburg State Teachers College in 1942 with a B.A. in Education. He graduated from New York University with an M.A. in Administration and Supervision. He did graduate studies at Co-lumbia, Penn State, and Wilkes College. He served in the U.S. Army for three and a half years. He worked in military intelligence in the South Pacific. Peter is married to Agnes Ondek (46 years) and has four children, Patricia Robinson, R.N., Daniel, Michael, and Paul. Mr. Podwika worked for the Wyoming and then Wyoming Area School Systems for a total of 42 years, devoting his entire career to the youth he served. While at Wyoming High School he taught in the Business Department and served as Senior Class Advisor, Athletic Director, Football Coach, and Track Coach. His football and track teams won District 2, P.I.A.A. championships. His 1957 football team gained state-wide publicity for not having a single point scored on them in 9-1/2 games. He was also a well-known P.I.A.A. football and basketball official for 25 years, being forced to retire due to health reasons. While at Wyoming Area, Mr. Podwika served as teacher, principal, and assistant principal, retiring in 1984 after 42 years with the school system. His football coaching years are listed as follows: 1947-1950, Assistant coach to George Weaver; 1951-1953, Assistant coach to Walt Williams; 1956, Became head coach after the coach resigned after the second game and went on to lead the school to a 7(W)-3(L) season; 1956-1966, Head coach of Wyoming High School, having a state-recognized championship team in 1957 and West Side Conference Co-Champs in 1965; Head coach overall record – 70(W)-33(L)-3(T). Mr. Podwika also was supervisor of the Wyoming Borough Playground and Swimming Pool for 3 years, again working with the youth of the town. After retirement from the school system, Mr. Podwika continued to serve as he was elected Mayor of Wyoming from 1985-1989.