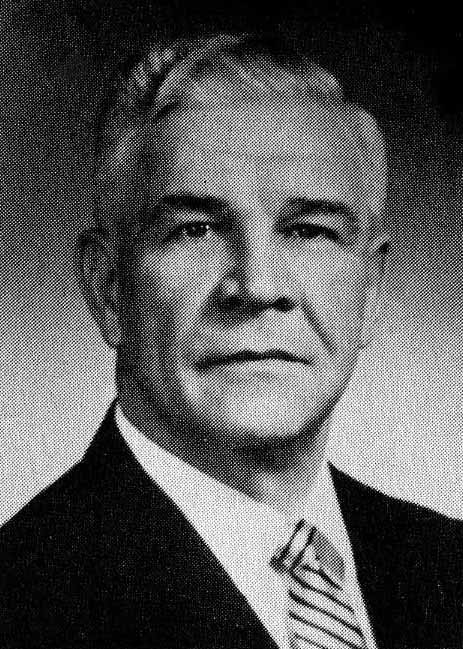 Michael J. Mikelski (Charter Member of Plains Rotary), a graduate of Plains High School Class of 1924, played on the varsity football teams four consecutive years (1920-21-22-23). He was a tackle on the team. In 1922-23 he was selected on the Wyoming Valley All-Scholastic teams. Entering St. Bonaventiire’s in 1924, Mike made varsity as a guard. While at Bonnies, he was selected as a guard on the Little Three which consisted of Canisius, Niagara, and St. Bonaven-ture. He transferred to Holy Cross College in 1925. Due to migrating rules he was not allowed to play on the varsity until 1926. While at the Cross, he was the regular guard in 1926, 1927, and 1928. Recognized as a devastating tackle and fast runner, he was used as a running guard on offense and as a roving center on defense. He was a hard player and in some of the games he lost as much as 13 pounds. His average loss of weight per game was 9 pounds. After playing in a game on Saturday, he was excused from practice sessions on the following Monday, Tuesday, and Wednesday in order to regain his weight. At Holy Cross he was selected on All Opponent Teams by Harvard, Brown, Fordham, Rutgers, Boston College, and the University of Maryland. Coach Cavanaugh of Fordham in 1928 stated to a group of sport writers that if he had eleven players like Mike Mikelski on his team he could play Brown U. on Monday, Yale U. on Tuesday, Boston College on Friday, and Army on Saturday, and win every game. Coach Cavanaugh was instrumental in the selection of Mike on the All-American Football Team. He was also selected by “Collier’s Magazine” on the All-Time All-American Team. Locally, he was selected by the “Sunday Independent” on the All-Time Scholastic Team. His specialty was the “flying tackle.” After the kick-off, 50 percent of the tackles of the receiver were made by Mike, which usually resulted in a fumble. He also was a specialist in breaking up the flying wedge.