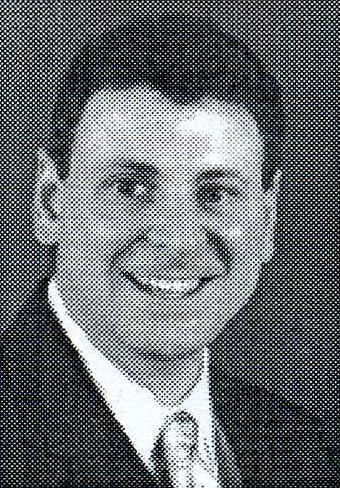 A 1979 Cum Laude graduate of Wyoming Area High School, Mike started at both wide receiver and defensive back his sophomore, junior, and senior years. His junior and senior years he was a member of the Coaches and Sportswriters All-Star football teams. In 1978, he was a member of the PA All-State football team and Big 33 nominee. He was awarded Athlete of the Week by Scranton Times/WEJL radio, the American Athlete Award by WILK radio, the Brian Piccolo Award by the Unico Club, and was MVP in the 1979 UNICO All-Star game. Mike also participated in track and field, where he was a national semi-finalist at the Jr. Olympics and Wyoming Valley All-Star. Following graduation from high school, Mike was awarded a football scholarship to Colgate University. In 1980, he captained the JV team and in 1981-82, he was a member of the varsity team. He was the starting wide receiver in 1982, being named MVP in the game against U. Connecticut. After his first game, Mike was among the national leaders in several receiving categories, and was a member of the individual leaders most of the year. Colgate advanced to the quarterfinals of the 1982 Division IAA National Champi­onships. Colgate played in Division IA Mike’s first three years before the NCAA realignment. At Colgate, Mike was a member of the Biology Club, Delta Upsilon Fraternity, and Big Brother-Big Sister program. He graduated in 1983 with a BA in biology. Following graduation from college, Mike had several free agent try-outs with the New England Patriots of the NFL and with the Chicago Blitz, N.J. Generals, and Philadelphia Stars of the now defunct WFL. Instead of pursuing a career in professional football, however, Mike elected to pursue another dream of becoming a doctor, and enrolled at Temple University School of Dentistry. While at Temple, Mike was a member of Psi Omega Fraternity and Endodontic Honor Society. He graduated in 1987, and has been in private practice in Scranton since 1988. He is a member of the American, PA, and Third District Dental Societies. Mike is married to Dr. Lorraine Hamel, whom he met in dental school. Mike relied on the discipline required from sports to help him become a doctor, proving that athletics and academics complement each other.