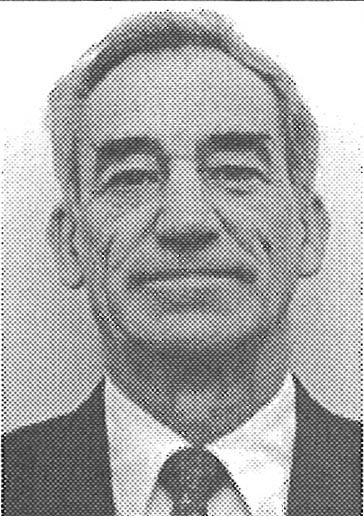 Martin (Mitch) Tullai, a 1946 graduate of Newport Township High School in Wanamie, played football, baseball, and ran track there. Following a stint in the Army, he graduated from Western Maryland College in Westminster, Md., where he played four years of football. In 1951, he played in the Blue-Gray All-Star game in Montgomery, Alabama, as offensive and defensive halfback on the “Blue” Team. He earned his Master’s Degree at Western Maryland in 1959. Mitch taught and coached (assistant football) one year at Middletown Township High School in Leonardo, N.J. In 1953, he joined the faculty of St. Paul’s School in Brooklandville, Md., where he served as Athletic Director from 1953 to 1978, head football coach from 1953 to 1993, history teacher, chairman of the history department from 1978 to 1995, and Director of Upper School Admissions from 1975 to 1989. He retired from coaching following the 1993 season and from teaching in 1995. While at St. Paul’s, Mitch’s football teams had ten championship seasons, with two undefeated seasons (1970 and 1992). They were M.S.A. “C” Conference Champs in 1966, and from 1989 through 1993. They were also Tri-County Champs in 1971, 1972, 1979, and 1982; In 1989, Mitch was named “C” Conference Coach of the Year. Mitch was also head basketball coach from 1955-1961 at St. Paul’s and J.V. coach in 1967. Mitch was one of the founders and first president (1971) of the Tri-County Football League. He was also active, serving in various capacities, in the Southern Lacrosse Officials Association, and was named “Man of the Year in Lacrosse” in 1972 by the Maryland Scholastic Association Lacrosse Coaches. Mitch also served on various sports committees with the Maryland Scholastic Association from 1953 to 1978. His past awards include National Football Foundation and Hall of Fame Service to Football Award in 1990; in-ducted into Maryland State Athletic Director’s Hall of Fame in 1995; the football field at St. Paul’s was named “The Tullai Field” in 1995; inducted into the Western Maryland College Sports Hall of Fame in 1981.