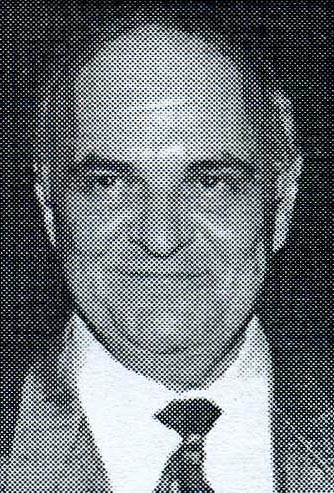 While attending the former Kingston High School, where he graduated in 1954, Harvey participated in varsity baseball and basketball. For 3 consecutive years, he earned varsity letters in both sports. Despite his outstanding abilities in basketball and baseball, Harvey’s real desire was to become a basketball referee.

Harvey’s refereeing career began in 1952, when at 16 years old, he began officiating in the “Biddy League” at the Jewish Community Center in Wilkes-Bane.

From there, Harvey went to become a PIAA basketball official in 1957. Harvey officiated at hundreds of local high school basketball games until 1959, when he was chosen to be a member of the Eastern Professional Basketball League. He was the youngest man ever to be inducted into this organization. During his tenure with the EBL, Harvey was selected to officiate at 9 consecutive all-star games and 6 consecutive play-off finals. Between the years of 1957-69, Harvey officiated basketball games for the EBL as well as some of the local colleges.

Syl Borinski, the former coach at Nanticoke High School and a Hall of Famer, has always had high praise for Miller, “I consider Harvey to be one of the top three high school officials in my 31 years of coaching. Harvey was alert and always aware of the game. He was one of the most respected and dedicated officials in the Wyoming Valley.” In 1963, Harvey was selected to attend the National Basketball Association’s training camp for prospective NBA officials. Harvey was then assigned to the American Basketball Association. Harvey made a full-time career of officiating in the ABA for the next 5 years. Norm Drucker, Director of Officials, named Harvey one of the top 5 officials in the ABA.

Harvey officiated in the ABA during the time of Lou Carnesecca who was coaching with the New York Nets. He also refereed in Julius Erving’s first season in pro basketball with the Virginia Squires. Other stars in the ABA while Harvey was an official include George McGinnis with Indiana and Artis Gilmore with Kentucky. Harvey also refereed the game in which George Lehmann set a record for the most 3-point goals with 7 when he played for the Memphis Tams.

Then came the premature end of his career. He was told that he was in need of open-heart surgery at the age of 37 and that most probably he would never again he a, le to actively participate in basketball officiating.

Harvey’s love for the sport would not wane, despite his inability to referee. From 1975 to 1977 he often did color com­mentary for many local college games for WNEP Channel 16.