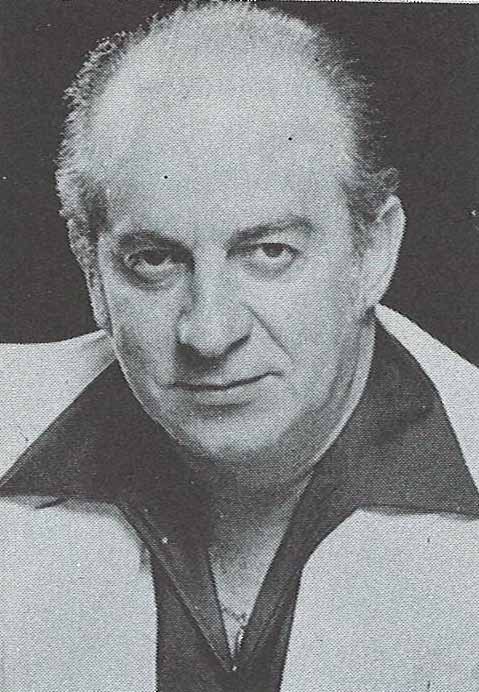 “Machine Gun” Lou Butera is a legendary figure in the world of billiards. The peerless pool player from Pittston has won the World Championship, All-Japan Championship, World Trick Shot Championship and innumerable tournaments from coast to coast. Butera got the nick-name “Machine Gun” for his rapid-fire style of play. He holds the world record in tournament play for pocketing 1.50 balls in an amazing 21 minutes. Lou’s trek to the top of billiards world started in the city of Pittston when, as a 7-year-old, he had to use a soda box to reach the top of a pool table in his father’s poolroom on Main Street. In the 1940s and 1950s, Lou was an inspiration in his hometown: His subsequent feats of speed, accuracy and concentration have brought him national and international recog-nition. Now, the 49-year-old father of seven children has been chosen for the highest honor in his sport. “Machine Gun” Lou, called “Sonny” in Pittston since he first stepped up on that crate, was inducted into the Billiard Congress of America’s Hall of Fame in ceremonies in Fort Worth, Texas. Lou is only the 23rd member of a•very select group which includes renowned experts like Willie Moscani, Ralph Greenleaf and Minnesota Fats. Lou has brought class to a sport that has moved from smoky rooms to network television. With his machine-gun rapidity and white suits, Lou has left his individual mark on an entire sport. And, still young for a grandfather, he has no intention of quitting the game he loves. While he has been playing pool for 42 years, Lou hasn’t reached the half-century mark in age yet. he still enjoys the game and travels around the world putting on benefits and exhibitions to promote the game. Lou owns a billiard room in Simi, California, near his home. He is married to the former Carolyn LaNunziata of West Pittston. His sister Josie, lives in the Garden Village. A sister, Theresa lives in New Jersey. The couple has numerous relatives in Greater Pittston. The name “Machine Gun” was put on Lou by a New York sportswriter, Joe Richards of the Daily News. According to legend, Lou won a match from Jackie Colavita in a mere 40 minute afterwards, a stunned Colavita stated: “He didn’t beat me – he machine-gunned me!” The nickname, of course, comes from Lou’s trademark, rapid-fire style of pool playing. Traditionally, pool players could take enough time for a shot to put a stalling golfer to shame. But Lou never wasted time. In capturing the billiards title, he set the world’s record of running 150 balls in 21 minutes. While in the Army, Lou got national attention for running 93 balls within eight minutes for a sanctioned record. The world’s title, which Lou captured in 1973, climaxed nine years of world competition for Butera. He took the prestigious world’s pocket billiard championship in a tournament held in Hollywood, California. He copped the title by defeating Irving Crane, a world-renowned billiard expert, in the final two contests of the tournament. Butera said a new movie starring Paul Newman called “The Color of Money,” should revive the popularity of pocket billards. Lou should know. Although he is not affiliated with the new movie, Lou appeared in the movie, “The Baltimore Bullet” as well as on a variety of television shows.