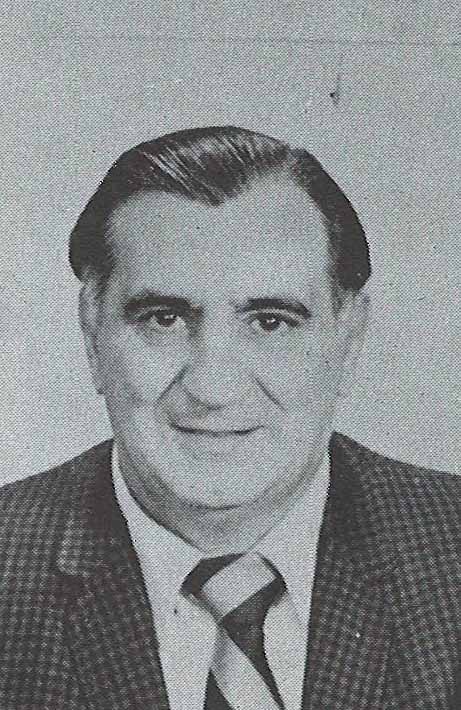 Lou “Sheriff’ Zara, just about the greatest basketball player that ever graced the local basketball courts, is the newest member to be admitted to the Banner’s “Hall of Fame Honor Roll.” Lou attended Old Forge Public Schools, graduating from high school in 1928. He participated in basketball, making the varsity team while in the eighth grade (the Anthracite League rules permitted this at the time.) He played for five seasons on the varsity team, never missing a game in the entire five seasons. He led the league in four of the five seasons in scoring. In a game played against Scranton Tech, winning 21-17 score, Lou scored all the points for his team. Also, he had individual high scoring games of 50 and 51 points, and averaged 18 points per game throughout his entire career. He played three years of football and four years of baseball as a first baseman and pitcher, including a no-hit, no-run game over Carbondale. He also participated in track for several seasons. Later on, after years of education professions and services dedicated to business and physical education, Lou joined the Syracuse Nationals Basketball Club, where he served as general manager and public relations director. He also served as public relations director for the Syracuse Boxing Organization and King’s Park Central School as an instructor and baseball coach. Among awards he has won are “Man of the Year” by Time Out Club, for dedication and service; First Annual Tribune Sports Hall of Fame for Basketball in 1968 and CW Post College’s “Outstanding Teacher Award.” Lou Zara while attending Rider College on a Basketball Scholarship, astonished the entire sports, as well as collegiate world, with his remarkable feat of averaging sixteen points per game, in thirteen games. The Old Forge athlete leads the Eastern College Basketball Teams with 205 points, Zara is the first player to reach the 200 mark, surpassing all basketball players from the Eastern part of the country that consisted of the Universities of Pittsburgh, Pennsylvania, St. John’s, Providence, Temple, Lehigh, St. Francis, Columbia, Fordham, Princeton, Dartmouth, Colgate, Seton Hall, Harvard, Georgetown, Cornell, Yale and Army. The 1929 Rider team scored more than 1,000 points for a 40 point average. They were the first college team to reach the 1,000 mark. Ripley put us in “Believe It or Not”. Coach Bee said that this feat was possible because of Lou Zara’s stellar shooting performance. Coach Clair Bee, who’s Long Island basketball shooters are known from coast to coast, has about the last word in the sport. He has not forgotten about his star of former years, Lou Zara, Coach of Athletics of the Cato Meridian School Faculty. Zara contributed much to the success that Bee has enjoyed as a coach and later admits its publicity. He credits Zara with teaching him the secret of what is known as the L.I.U. set shot which his teams have used so effectively against opponents. Chic Feldman, Sports Editor for the Scranton Tribune newspaper stated that Old Forge’s Lou Zara was beyond the slightest doubt the greatest basketball player the incomparable sports town ever produced.

Some historians prefer to remember Zara as the athlete who made Clair Bee famous and forces the experts to focus light on unheard Rider College until the Old Forge native enrolled at this little Trenton institute. Zara performed so spectacularly that this virtually _unknown Bee earned a reputation and went on to Long Island University to become head basketball coach and a celebrity, developing a national basketball championship team. There is no doubt that Lou “Sheriff’ Zara ranks among the best basketball players in the country in that era. Old Forge is proud that it has produced a sensational athlete, competitor, and a gentleman who wrote history at Rider College, Trenton, New Jersey.