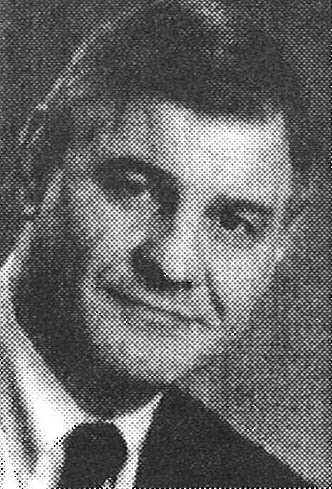 Les Kish began playing organized sports at the age of nine. He played quarterback on the midget football team and second base on the midget baseball team. In high school, he participated in football, wrestling, and baseball, and garnered 7 varsity letters. He was president of his class and vice-president of the student council while working as a “disc jockey” on Saturday mornings on radio station WEST in Easton on a morning show called “The Teenage Review.” He was a member of the State Champion football team in 1960. Les was named All-State quarterback and an All-State second baseman while batting .460 in the East Penn Conference in 1961. In January of 1962, he was named the Scholar-Athlete of the Lehigh Valley by the National Football Foundation and Hall of Fame, where he was presented as “a talented scholar, a remarkable athlete, and a gentleman.” Les entered Lehigh University on a football scholarship in the fall of 1962 and proceeded to win 6 varsity letters in football and baseball. He was named the Outstanding Player of the 99th Annual Lehigh-Lafayette game as a sophomore, the first player in the history of the game to accomplish that feat. He was named Eastern Collegiate Athletic Conference Sophomore of the Week and Eastern Collegiate Athletic Conference Junior and Senior of the Week on several occasions, and was named to the Pennsylvania Collegiate All-State Team in 1965. He was Lehigh’s total offense leader as a sophomore and was the last Lehigh footballer to play two ways, offense and defense. He received his B.A. degree in 1966, and his Master of Arts degree in 1968. Les served as a freshman coach at Lehigh University for one year before becoming an assistant coach at Louis E.Dieruff High School in Allentown, Pa. for 3 years during the tenure of head coach Jeep Bednarik. Les was named the head football coach at Allen High School in the fall of 1970 and led the Canaries to an 8-3 season, their best record in 15 years. In 1973, the Allen High Canaries were 8-2 under Coach Kish, a record that remained for the next 19 years, and were named “Big 6” Champions. Les coached the Canary and Blue for 7 years before retiring. In 1982, Les was named to replace Allentown-Allen High School legend, J. Milo Sewards, as the Director of Athletics. He is past president of the District XI Athletic Directors Association, and the founder of the Allentown-Allen High School Hall of Fame, having honored over 100 outstanding athletes, coaches, and support personnel of Allentown-Allen High School since the foundation’s inception in 1985. In the fall of 1996, Les was inducted into the Lehigh Valley Chapter of the National Football Foundation and College Hall of Fame class of 1997 for “his outstanding achievements and dedication to high school and collegiate football in the greater Lehigh Valley.” For the past 32 years, Les has been a psychology teacher in the School District of the City of Allentown, Pa., and is a past elder of his church. Les is the father of Corey Elizabeth Kish, his daughter, an Outstanding Elementary Teacher Award winner in the Parkland School District, and Bryan G. Kish, his son, named to the NCAA Division 1-AA All-American Team 1997 as a wide receiver from Hofstra University.