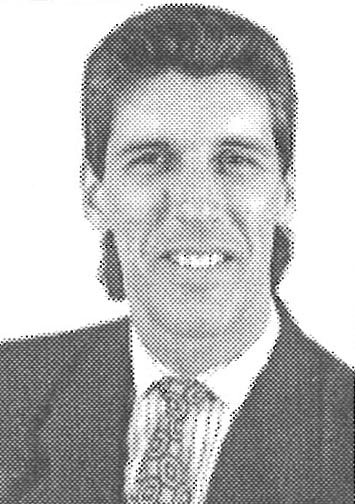 Leonard Pesotini, the second of three sons of Ronald and Clara Pesotini, was born in Scranton and raised in Duryea, Pennsylvania. Len has an older brother, Ron, and a younger brother, Dennis. Len attended Pittston Area High School and graduated in 1972. Len lettered in football, basketball, and track. While playing football at Pittston Area, Len was one of the most out-standing ends in Pa. history. Although Len excelled in high school sports, it was at Indiana University of PA that he became a superstar. In 1975, Len was first in the nation on total catches (74) on all levels of NCAA. He was second in the nation in receptions (7.4) NCAA (Division II), and he was third in the nation in yards per game (108.8) NAIA. Because of these statistics, Len had many post-season honors: NAIA All-American (2nd Team), ECAC Division II All-East, the New York Times All-East, Associated Press All-Pennsylvania (2nd Team), PA Conference Western Division (1st Team), Pittsburgh Press All District, NAIA District 18 (1st Team), Pittsburgh, PA Conference Western Division (1st Team). After leaving Indiana University in 1976, Len was invited to the Philadelphia Eagles’ training camp, and in 1977 to the New York Giants’ training camp. Although Len was not selected to play pro ball for these teams, the experience he gained in their training camps was invaluable to him. From 1976 to 1978 Len taught math at Hanover Park School District, East Hanover, New Jersey. While there, Len also coached football. In 1978, Len returned to the area and coached freshmen football at Old Forge High School. The next year, Len began his teaching career at Pittston Area School District, where he is presently employed as a high school math teacher. At Pittston Area, Len coached track during the 1981 and 1982 seasons, and football during the 1983 and 1984 seasons. More recently, in 1992, Len was elected by his colleagues to the presidency of the Pittston Area Federation of Teachers. In 1982 Len married the former Deborah Williams of Hughestown. The couple, who reside in West Pittston, have three lovely daughters, Concetta, 11, Marietta, 9, and Lenetta, 5.