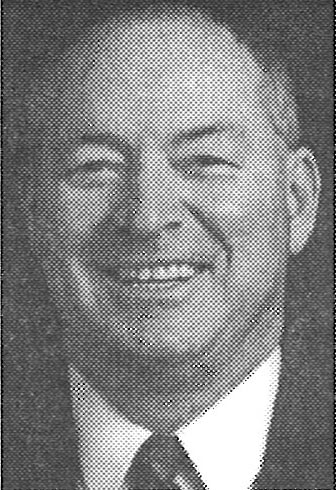 Fran Libonati graduated from Hazleton High School in 1957, serving as president of the senior class and was elected to the National Honor Society.

Before going to college, Libonati pitched American Legion baseball. He won 13 and lost 3 topped off by a 19-strikeout performance against St. Clair.

While at St. Francis, Libonati averaged 24 points a game for the freshman team, including back-to-back games in which he scored a total of 74 points. During his sophomore year, Libonati was a member of the St. Francis Varsity team which won the Charlotte Invitational Tournament. Pittsburgh University was also entered in the tourney which featured All-American Don Hennon and NFL great Mike Ditka. At St. Francis, Libonati earned six letters, three in basketball and three in baseball. The highlight of his pitching career was a 17-strikeout performance against Duquesne.

Returning to Hazleton in 1961, Libonati was a teacher, then a coach at Hazleton High School. He compiled a 31-3 jay-vee record, then named head coach in 1964-68. At age 23, Libonati was one of the youngest head coaches in the history of the PIAA. His varsity record was 61-47. In 1961-62, Libonati played for the Hazleton Hawks of the Eastern Pro League. He played baseball in the Anthracite League for several years and also in the Edwards Memorial Basketball Tournament. While pitching for Jeddo, Libonati was a teammate of Tom Matichick, who later starred on the 1968 World Series Champions Detroit Tigers.

For twenty years he was active with the Hazleton Area Recreation Department. Along with Mr. Brominski, he developed an 8-10 Junior Little League Baseball program and also an Intermediate League program. He served as a sports analyst for WAZL in the 1970’s. He also served for 15 years on the Hazleton PAL Board of Directors.

Libonati is currently serving as Principal of the Hazleton Area High School.

Libonati is married to the former Jacquelyn Fluri. They have two daughters, Genene and Jessica.