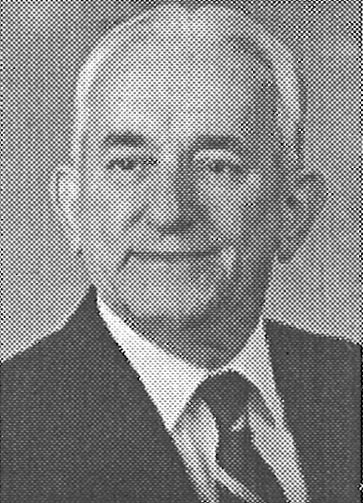 Family obligations prevented Larry Pace from participating in scholastic sports while in high school. His family’s business and his father’s ill health only afforded him time to play sports in his church’s baseball, softball, and bowling leagues, in addition to physical education classes at Meyers High School in Wilkes-Barre, Pa. It was at the Meyers pool that his interest in swimming was piqued. As a young man, Larry learned that physical education and participation in athletics can influence lives in unexpected ways. After playing in a church league softball game, he observed a crowd of people looking from a bridge into the Susquehanna River. He discovered that a woman had jumped from the bridge. Utilizing the life-saving skills he had learned in high school, Larry swam out and rescued her. This event inspired in him a desire to make participation in sports a lifelong endeavor. Larry Pace entered the U.S. Army in 1943, where he played both baseball and seven-man football with the 1524th Q.M. Company. He started at left field on the baseball team, and at end on the football team. His football team won three championships, including the Minerville Q.M. Depot, the Orlando Air Base, and the Army Air Force Tactical Air Command of Florida. Following the end of World War II, Larry returned home and resumed play with his church’s teams, and shortly thereafter began his career as a sports official, which has continued until the present. He umpired from 1950 to 1960 in the Wilkes-Bane YMCA Softball League. Larry officiated in football from 1955 to 1981. He was an active member of the Wyoming Valley Chapter PIAA Football Officials for twenty-seven years. He officiated the Wyoming Valley Conference East-West UNICO All-Star games eight times. He officiated the PIAA Class B District Two Championship Game in 1981; refereed the Williamsport Shrine Club Fez Bowl Football Game in 1981; officiated college football games for East Stroudsburg State College, Lock Haven State College, and King’s College Football Club. He is the past president of the Wyoming Valley Chapter PIAA Football Officials. Larry has officiated in swimming for forty-four years from 1952 up to the present. He began officiating high school swim meets in 1952 under the tutelage of George W. Jones, who is an inductee of the Pennsylvania Swimming Hall of Fame. He officiated competitive swim meets at various Luzerne County high schools for twenty years before the creation of the Wyoming Valley Swim-ming Conference in 1972; has officiated the PIAA District Two Championships annually for more than thirty years; officiated the PIAA District Eleven Championships four times in the late 1950’s; officiated the PIAA State Championships in 1991 and 1994. He has officiated college swim meets for forty-two years, including Lock Haven State College, East Stroudsburg State College, Bloomsburg State College, Wilkes College, King’s College, and College Misericordia. He is past president of Wyoming Valley Chapter PIAA Swim Officials.