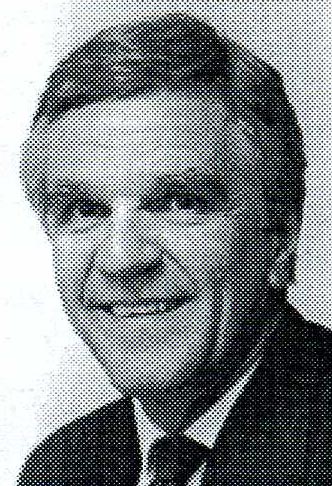 George, a graduate of Coughlin High School in 1957, was captain of the 1965 championship football team, Wyoming Valley Conference. He was selected All-Scholastic Quarterback by the Sunday Independent and the Times Leader. 1957 was Coughlin’s first championship in twenty years. He was named the East starting quarterback in the 1957 UNICO East/West game. George was also chosen as the best quarterback by the Coaches All-Star Team in 1956. George was also captain of Coughlin’s championship baseball team in 1957, playing shortstop. George was named Coughlin’s top Athlete of the Year in 1957. George graduated from the University of Pennsylvania in 1960, playing both football (quarterback) and baseball while there. He was a member of the 1959 Penn football team that won it’s first Ivy League football championship. According to a quote appearing in Franklin Field Illustrated in 1960, “How good a forward passer is George Koval? The question need no longer be considered academic.” On the basis of official stats kept since 1935, Koval ranked fourth in yardage gained on completed forward passes, fourth in career touchdown passes, and only two men threw more TD passes than George in a single season. He also holds the University record for the longest scoring forward pass play two years earlier in a game against Colum­bia, George combined with Greville Munger for a 90-yard scoring play. George was dubbed Captain Koval “the most exciting forward passer ever to wear the red and blue,” second only to Francis (Reds) Bagnell who played several years earlier. As captain of the team in 1960, George played all four positions in the single wing offense. In 1960, he received Penn’s Edgar M. Church Award presented to the senior who through ability, courage, and loyalty best represents the ideals of American sportsmanship. He was also selected on the 1960 All-American Football Team by the College Sports Informa­tion Directors of America. A knee injury in his senior year eliminated his chances of entering the NFL draft. He began his career at the University of Pennsylvania in 1962-1969, in the offices of Student Aid and Student Employment. From 1962 through 1968, he also served as an assistant football coach at the University. He then moved to Temple University as Director of Student Financial Aid until 1974, when he returned to the University of Pennsylvania, Division of University Life in Philadelphia, Pa. He has held various positions there Director of Student Financial Aid, Acting Vice-Provost for University Life, Executive Director of Student Financial and Administrative Services, and now Deputy Vice-Provost for University Life. George was also credited with convincing many Wyoming Valley athletes to attend the Univer­sity of Pennsylvania to play football and obtain their college degrees. George is now a resident of Broomall, Pennsylvania.