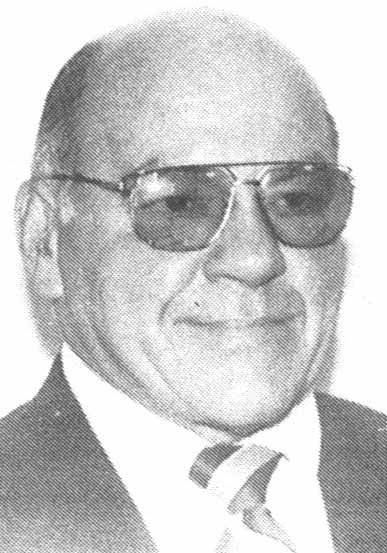 In the history of Hazleton High football that ran from 1900 to 1991, only four Hazleton High players were named to the Associated Press All-State first team. One of them was Joe Dudeck, Class of 1948. A lineman, Dudeck went on to win All-America honors at the University of North Carolina. He will be inducted into the Luzerne County Sports Hall of Fame Sunday, Nov. 7, at Genetti’s Best Western Motor Lodge, Wilkes-Barre. Dudeck played for Coach George Kavel all three years he was on the varsity squad. In his sophomore year 1945, the Mountaineers finished 6-4-1. The wins were over McAdoo, Hazle Township, Steelton, Shamokin, Shenandoah, and West Hazleton. The Mountaineers lost to Williamsport, Allentown Allen, Bethlehem Liberty, and Pottsville, and played a scoreless tie with Sunbury. In Dudeck’s junior year, the Mounts dropped to 4-6, defeating Hazle Township, McAdoo, Shamokin, and West Hazleton, and losing to Williamsport, Allentown Allen, Sunbury, Bethlehem Liberty, Mount Carmel, and Pottsville. During the ’46 season, Dudeck scored one of his two career touchdowns. In Dudeck’s senior year, the Mountaineers posted their best record during Kavel’s regime, 10-2. They defeated Hazle Township, McAdoo, Allentown Central Catholic, Harrisburg William Penn, Berwick, Shamokin, Sunbury, Mount Cannel, Pottsville, and West Hazleton, and lost only to Williamsport, by a point, 21-20, and Bethlehem Liberty, 20-0. Dudeck deserved a large share of the credit for the success of the team that season. He was strong on both sides of the ball. The Mounts outscored the opposition 207-84. Among his teammates in 1947 were N.J. Yackanicz, who led the team in scoring with 90 points, and Dan Paisley, who was second with 30. Andy Skitko, John Krobock, Dudeck, N.L. Yackanicz, and Dan Dura also hit the scoring column. Also among his teammates were Joe Barkocy, Jack Maylath, and Tony Mope, and a number of them will be at the induction ceremony Sunday, Nov. 7, at Genetti’s in Wilkes-Barre. The other three Hazleton High football first team All-Staters are Joe Andrejco and George Cheverko, Class of 1940, and Eddie Richie, Class of 1952. At North Carolina, Dudeck quickly became a force as a defensive player, and his heroics on the gridiron earned him All-America first team honors. He has been and currently is a highly-regarded physical therapist. He and his wife reside in New Tripoli.