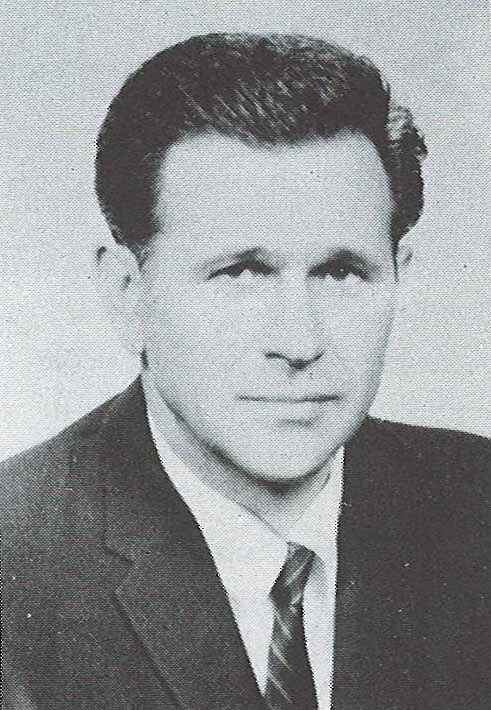 Joe Andrejco lettered three years each in both football and basketball at Hazleton High and they were three of the most successful years the school has enjoyed in both sports.

He started on the basketball team all three years, including 1937-38, the year Hazleton High won its third and last state championship under the legendary Hughie McGeehan.

Andrejco’s assignment in every game he played was to guard the opposing team’s top scorer and he was extremely successful as the records for his three seasons as a starting guard prove.

Although his primary contribution was as a defensive player, he also was the third leading scorer in his junior year.

In football, Andrejco and his fellow resident of the small town of Beaver Meadows, a few miles southeast of Hazleton, became known as the Touchdown Twins.

In their sophomore year (1937), with Cheverko leading the team in scoring and Andrejco third, the Mountaineers finished 6-2-1 under George Shotwell.

The best was yet to come under Coach Stan Olenn. In 1938, Hazleton finished 10-0, outscoring the opposition 267 to 38. Cheverko and Andrejco, a pair of rugged halfbacks, combined their talents to score a total of 167 points.

In a November game against then-undefeated Pottsville at Pottsville, a coal region attendance record for a high school event was set that still stands. Official attendance was 16,492 paid and the crowd was estimated at 18,000. Hazleton won, 30-0.

Fordham was then a football power and Coach Sleepy Jim Crowley came to Hazleton and signed four Mountaineers, a school record for athletes from Hazleton High going to a Division I university in one season.

The Hazleton players all did well at Fordham and played key roles in the Rams getting a bid to the Sugar Bowl following a season during which they lost only to Pitt.

Fordham defeated Missouri in the Sugar Bowl, 2-0, and Andrejco was the leading ground-gainer in the game. He continued his football career during distinguished World War II service with the U.S. Marine Corps.

Andrejco is a retired Bethlehem Steel executive and he has returned to the Hazleton area to live with his wife, the former Peggy Klemkosky.