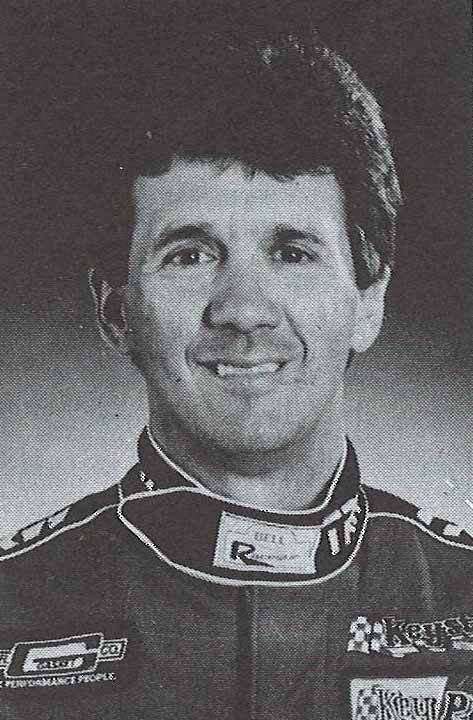 Joe Amato is fonder and owner of Keystone Auto-motive Warehouse in Exeter, PA, the world’s largest warehouse specializing in automotive afterrnarket parts and accessories. Keystone employees over 700 n people and delivers to the eastern half of the U.S. with it’s own trucks. Amato is also the president of A & A h Auto Parts Stores, Inc. which are scattered throughout it Northeastern Pennsylvania. Keystone was chosen as d WAREHOUSE OF THE YEAR by the Speciality Equipment Manufacturers Association and Amato n has also been honored with their PERSON OF THE st YEAR Award for 1988. But Amato is recognized more for his career in the Sport of Drag Racing. His top fuel n dragster sponsored by TRW, Mr. Gasket, Keyparts, Valvoline, Autolite and Bryant won him the 1984 Top Fuel World Championship in 1984. He narrowly missed the 1987 Champion-ship with a loss in the year’s last race and made a strong bid for the 1988 Championship. He is the current 1988 National Hot Rod Association Top Fuel World Champion, a title which he also won in 1984. Amato is one of only four persons to ever win more than one Top Fuel Title, and ranks 3rd on the list of all-time wins with 15. Amato is currently trying to defend the World Championship in NHRA competition and has already recorded one win this season. Along with his crew consisting of Tim Richards, Jeff Rodgers, Jim Walsh, Phil Bosek, Wayne Cannon, Dick Morre and his wife, Gere, Amato has geared every facet of this year’s operation toward their goal of a World Championship. Amato won the Gatornationals in 1981, 1979, 1984 and 1987, and was runnerup in 1985 and 1988. He was a winner of the Crager/Weld Top Fuel Classic, Northstar Nationals, Mile-High Nationals, Winternationals and Summernationals during his career, along with being the runnerup in several other races. Amato has set the Nhra Top Fuel Speed Record on five separate occasions. In the 1984 Gatornationals he became the first driver to exceed 260 mph by going 260.11 and 262.39 mph during eliminations. That same year he broke his own record by going 264.70 mph during the’Summernationals and in 1987 at the Chief Nationals, he recorded a speed of 287.72 mph, which was his best. He was #1 qualifier at the Southern Nationals, Spring Nationals, Keystone Nationals, Winston Finals and the Cragar Wheel Top Fuel Classic in 1988. Amato has had the top speed at numerous races in his career, and has set many individual track records. He lives with is wife Gere, in Old Forge. Amato is also involved in the “Say No-To-Drugs” Campaign which is run by Valvoline Oil 1 Company. This campaign will donate $1,000.00 in Joe Amato’s name for every NHRA win that he achieves.