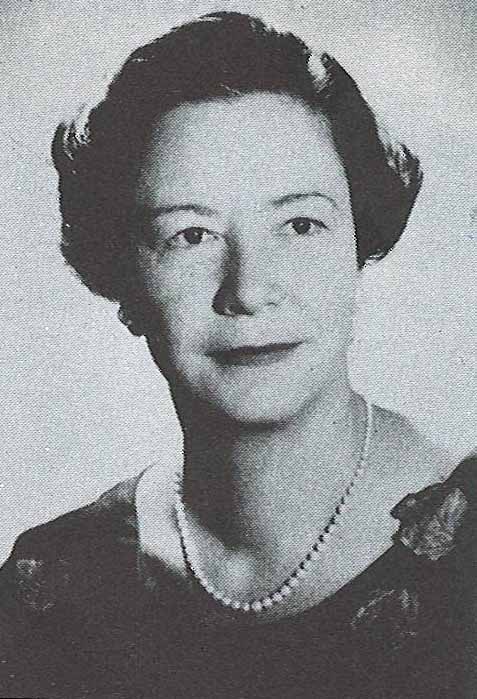 Jane Dimond, deceased, of Forty Fort, was consider-ed one of the best women golfers ever in the Wyoming Valley and the State from 1933 to 1962. Avid golfers are familiar with the name of Jane Pfifferling Dimond, known as Wyoming Valley’s most successful female golfer. A legend at Fox Hill Country Club, she was recognized throughout the sate as a top golfer. She won twenty women’s club championships at Fox Hill from 1933 to 1962. The championship too five years out for World War II, so Jane P. Dimond, in effect, won it twenty of the twenty-four times it was contested during that period. She won her first Fox Hill crown at the age of 18 in 1933. The winner in five of the six previous years was her mother, Jeanette I. Pfifferling. She was defeated in 1934 by her mother, but Jane came back in the following year to return the favor, and won again from 1935 to 1938. In 1938 she married Seymour A. Dimond and did not compete in 1939, as her son, John Dimond, was born during that golf season. She won again in 1940 and then, after five yars off during World War II which included the birth of her daughter, Susan Dimond Fillman, she resumed her mastery at Fox Hill, winning from 1946 to 1952. She lost in 1953, but came back to win from 1954-1956. She lost again in 1957 and 1959, but won in 1958, and then from 1960 to 1962. Her victory in 1962 was her 20th and last Fox Hill Club Championship. She died suddenly in 1964 at the age of 48. Jane Dimond seldom played out of her local area because her first duties, before golf, were as wife and mother. She would not play in tournaments that took her too far from her native Wyoming Valley. In a one week period in 1947, she shot a 75 and set the course record for women at The Country Club of Northampton County in Easton, a record that still stands today. One week later she set a new course record at Fox Hill Country Club. She won the Central Pennsylvania Women’s Golf Association title many times and in 1962, at the age of 47, reached the quarter-final round of the State. Championships held in Scranton. The members of Fox Hill remember Jane Dimond as a gracious woman an always a delight to play with. During her career she played exhibition matches with two of the great legends of her era, Patty Berg and Sam Snead. Her untimely death in 1964 cut short her great golf career. Each year the lady golfers of Fox Hill Country Club host the annual Jane Dimond Memorial Tournament in honor of Wyoming Valley’s most successful female golfer, the late Jane Pfifferling Dimond.