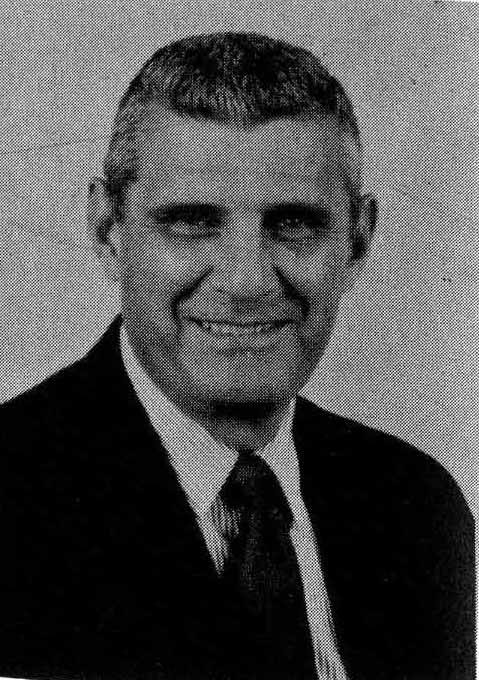 Jim Davis is a native of the city of Nanticoke. He attended Nanticoke High School where he played football and basketball for three years. Davis then went to King’s College where he played and lettered four years in basketball. During this four year period, he scored 1,050 points and, in his senior year, he led the nation in rebounding. Jim was selected All-East in his junior and senior years at King’s College. After graduation from King’s College, he played for two years with the Wilkes-Barre Professional Barons. From 1959 to 1964, Jim taught school at Newport Township High School. He was an assis-tant football coach and head basketball coach. From 1964 to 1965, he taught school at Berwick High School. He was an assistant coach in football and head basketball coach. His high school teams in basketball had a record of 114 wins and 31 losses. In 1966, he became basketball coach of the Wilkes-Barre Barons. In 1967, he became basketball coach of King’s College. In 1974 and 1975 while at Nanticoke Area High School, he coached cross-country. With a record of 23-0, his teams garnered two Wyoming Valley Cross-Country Championships. In 1966, Jim left Berwick High School and came back to his alma mater, Nanticoke, as Athletic Director. Nanticoke Area included Nanticoke High School, Newport Township High School, and Harter High School. In 1973, Jim was elected to the District 2 P.I.A.A. Committee. District 2 is made up of all high schools and junior high/middle schools in Luzerne and Lackawanna Counties. From 1973 to 1975 he was a member of the District 2 Board, and in 1975, he was elected as secretary-treasurer of District 2, a position he served until 1988. In 1988, Davis was elected chairman to District 2 P.I.A.A., a position he still holds today. During the last twenty-five years as athletic director, Jim has been instrumental in helping organize all athletic directors in Wyoming Valley, Northeastern Pennsylvania, as well as on the state level. He is a charter member of the Wyoming Valley Athletic Directors Association, the Northeastern Pennsylvania Athletic Directors Association, and the Pennsylvania State Athletic Directors Association. In 1990, he received his twenty-five year plaque in Hershey. He is a charter member of the Wyoming Valley Athletic Council. Davis is also a member of the Pennsyl-vania State Board of Control, which governs all athletics in the state of Pennsylvania.

Jim is married to the former Kathryn Oborski of West Nanticoke. They have one child, Robin, a teacher in the Hazleton Area School District.