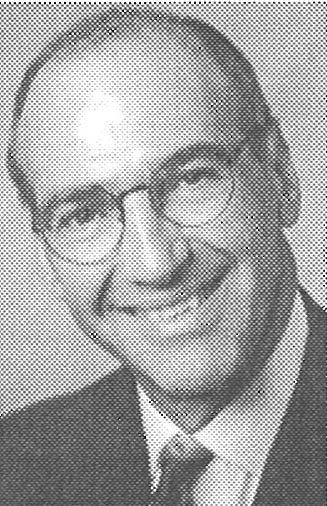 Hugo Mori graduated from Old Forge High School in 1952. He was basketball standout and lettered three years in baseball.

He was a member of Coach Elio Ghigarelli’s Class A Lackawanna League championship basketball teams of 1951 and 1952. During the second half of 1951 and the entire 1952 league season, they compiled they compiled a 27-0 record. In 1952, they advanced to the District II finals and later won the Lynett Memorial Tournament in 1952.

Hugo was an integral part of the championship team as playmaker, ball-handler and rebounder. In his senior year, he was the sole unanimous All-Scholastic selection and was unanimous All-County selection at guard. He was two-time Athlete of the Week and played on the victorious Lackawanna League Dream Team. He was named to the first-team All-Dream Team. He was third-team All-State (UP) and honorable mention (AP) in 1952.

Ironically, he may be best remembered for the long shot (75 feet) that didn’t count, which he made at the CYC during a Lynett Tournament final. Forty-five years later, patients and fans still ask him about it!

Hugo played shortstop for three years at Old Forge and was invited to a major league tryout by the St. Louis Browns. At Penn State University, he started on the freshman basketball team. However, his basketball career ended because of the demands of his studies.

Hugo graduated from Penn State with a B.S. in Science in 1956 and was commissioned an Ensign in the U.S.N. He completed two years of service as an LTJG. He earned a medical degree from Jefferson Medical College in 1962, and com­pleted his urologic training in 1967 at the U.S. Veterans Administration Hospital, Philadelphia, Pa.

For the past thirty years he has practiced urology in Scranton. He is certified by the American Board of Urology and is a Fellow of the American College of Surgeons. He is Chief of Urology at Mercy Hospital, Scranton, Pa., and a member of the Executive Committee at Moses Taylor Hospital, Scranton, Pa. He is a founding member of Delta Medix, pc, a multi-specialty group of urologists and general and vascular surgeons with whom he practices in Scranton.

Sports have always occupied a central role in Hugo’s life and he continues to remain an active participant. He competes locally in tennis tournaments and league play. He has garnered a number of tournament “Doubles” trophies. He belongs to the Scranton Tennis Club and Birchwood Racquet Club. He remains an avid skier. Hugo can also be seen frequently at Lack­awanna County Stadium cheering on our own Wilkes-Barre-Scranton Red Barons.

Hugo credits much of his athletic success to his coach, Elio Ghigarelli, and thanks him for having lit his competitive fire.

Hugo and his wife, Jean, reside in Waverly, Pa. They have two daughters, Maria and Eugenia, and three grandchildren.