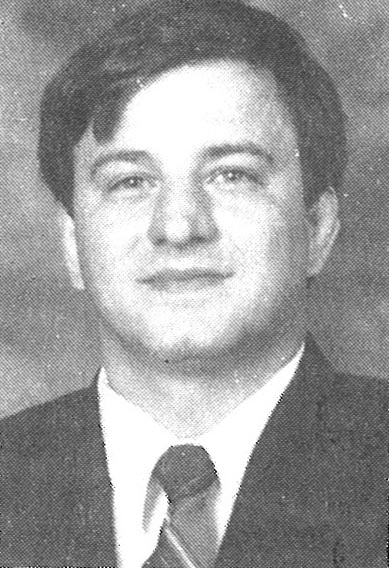 Frank Castrignano was born in Wilkes-Barre, Pa. on December 13, 1959. The youngest son of Frank and Louise Castrignano, he had to be born tough to survive in a household with two older brothers. He proved this when he started his wrestling career at Meyers Junior High School where he was named a two-time district champion and MVP. Frank continued his success in high school at Meyers by winning three more district titles and two MVP awards. In his senior year, his score was 30 and 0, winning him the regional and state title. Frank was also named the MVP in the state, making him the only person from Luzerne County to win the MVP award in AAA states. Frank was also voted the underclass-man MVP on the Meyers Wrestling Team in his tenth and eleventh grade, and co-MVP in his senior year. During his high school career, Frank received the Hooper Award for the best wrestler in Wyoming Valley, and was also named to the Top 50 wrestling in the country by USA Wrestling. Frank was fortunate to receive a full scholarship to North Carolina State University where he continued to excel in wrestling as a four-year starter and letterman, and was ranked fifth in the nation for his freshman, junior, and senior years by USA Wrestling. A three-time finalist, Frank won the ACC title in 1982, and led his team to ACC titles in both 1981 and 1982. During his senior year at N.C.S.U., he served as team captain and was voted MVP. He also placed fifth in the nation earning him the “All American Honors.” Frank was named assistant coach in 1983 at N.C.S.U. and took his team on to another ACC title. While at N.C.S.U., Frank was not only an outstanding athlete, but a good student, earning a B.S. degree. Frank is currently employed as a territory manager for ECALAB, Inc., and resides with his wife, Debby, at 15 Caffrey Street, Wilkes-Barre, Pa.