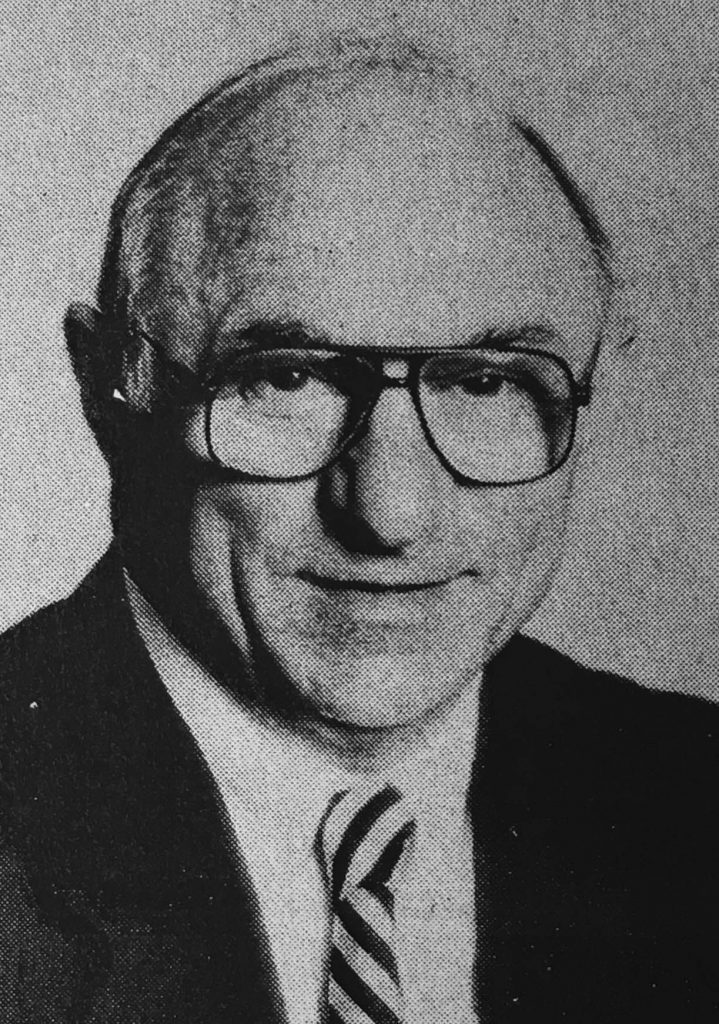 Francis A. Lovecchio, M.D. is a 1950 graduate of G.A.R. High School, Wilkes-Barre, Pa. While attending GA.R., Dr. Lovecchio was an outstanding student-athlete. He served as class president for four years and student council president for two years. He was Valedictorian of the Class of 1950. At G.A.R., Dr. Lovecchio lettered in football, basketball, and track. He was an outstanding quarterback and was very instrumental in winning the city championship in 1949. He was the first G.A.R. student-athlete to receive a full scholastic scholarship to Princeton University and also received offers from Notre Dame, Penn Stale, Pittsburgh, Harvard, Columbia and North Carolina. At Princeton, he played quarterback and also served as team captain. In 1950-51, Princeton’s record was 8-1-1 and won the IUY league championship; and in 1951 won the Lambert Trophy symbolic of Eastern Football Supremacy. Dr. Lovecchio’s great leadership and Princeton’s record enabled coach Charlie Caldwell to win the N.C.A.A. Division I Coach of the Year. He played as the blocking back for 1951 Heisman Trophy winner Dick Kazmier. Dr. Lovecchip graduated from Princeton, Cum Laude, in 1954 with a B.A. degree and went on to graduate from the University of Pennsylvania in 1958 with an M.D. Degree. Dr. Lovecchio served his internship at the U.S. Naval Hospital in Philadelphia, Pa. and his orthopedic residency at the Hospital of the University of Pennsylvania also in Philadelphia. He was chief resident from August 1964 to August 1965 and Teaching Resident from August 1965 to August 1966. His professional positions are: Staff Orthopedic Surgeon – Pocono Medical Center, East Stroudsburg, Pa., 1966 to present; Orthopedic Director, Arthritis Clinic, Pocono Medical Center, East Stroudsburg, 1972 to present; Chief of Staff, Pocono Medical Center, East Stroudsburg, 1974-1975-1976; President of the Monroe County Medical Society, 1981-1982; held offices in the Pennsylvania Orthopaedic Society as follows: Secretary/Treasurer- 1976 -1978; Vice President – 1979 – 1980; and President 1981. He also was a member of the Board of Councillors of the American Academy of Orthopaedic Surgeons from 1982 to 1985 and Clinical Assistant Professor at the Division of Orthopaedics and Rehabilitation, The Medical College of Pennsylvania in Philadelphia, 1986 to present. His certifications are as follows: Fellow, American College of Surgeons -1969: Diplomate, American Board of Orthopaedic Surgery – 1968; recertified – January 1984; Fellow, American Academy of Orthopaedic Surgery. 1970. Dr. Lovecchio is a member of the following organizations: American Medical Association; American College of Surgeons; American Academy of Orthopaedic Surgeons; Pennsylvania Medical Society; Monroe County Medical Society; Pennsylvania Orthopaedic Society; American Orthopaedic Society for Sports Medicine; Eastern Orthopaedic Society; American Fracture Association; American College of Sports Medicine and the Philadelphia Orthopaedic Society. He served in the U.S. Navy as a General Medical Office from July 1959 to July 1962. His civic activities include the following: District Commissioner – Pocono District Boy Scouts of America, 1970 – 1975; Board of Education, Catholic Diocese of Scranton, 1972 – 1976, and 1982 – 1985. He served as president. 1982 – 1983 and 1983 – 1984. Dr. Lovecchio is a member of the Board of Directors, Pennsylvania Medical Society Liability Insurance Company since 1985 and has served as Orthopedic Consultant at the Athletic Department of East Stroudsburg University since 1970. He also is the team physician for East Stroudsburg High School and Notre Dame High School, a position he has held since 1970.