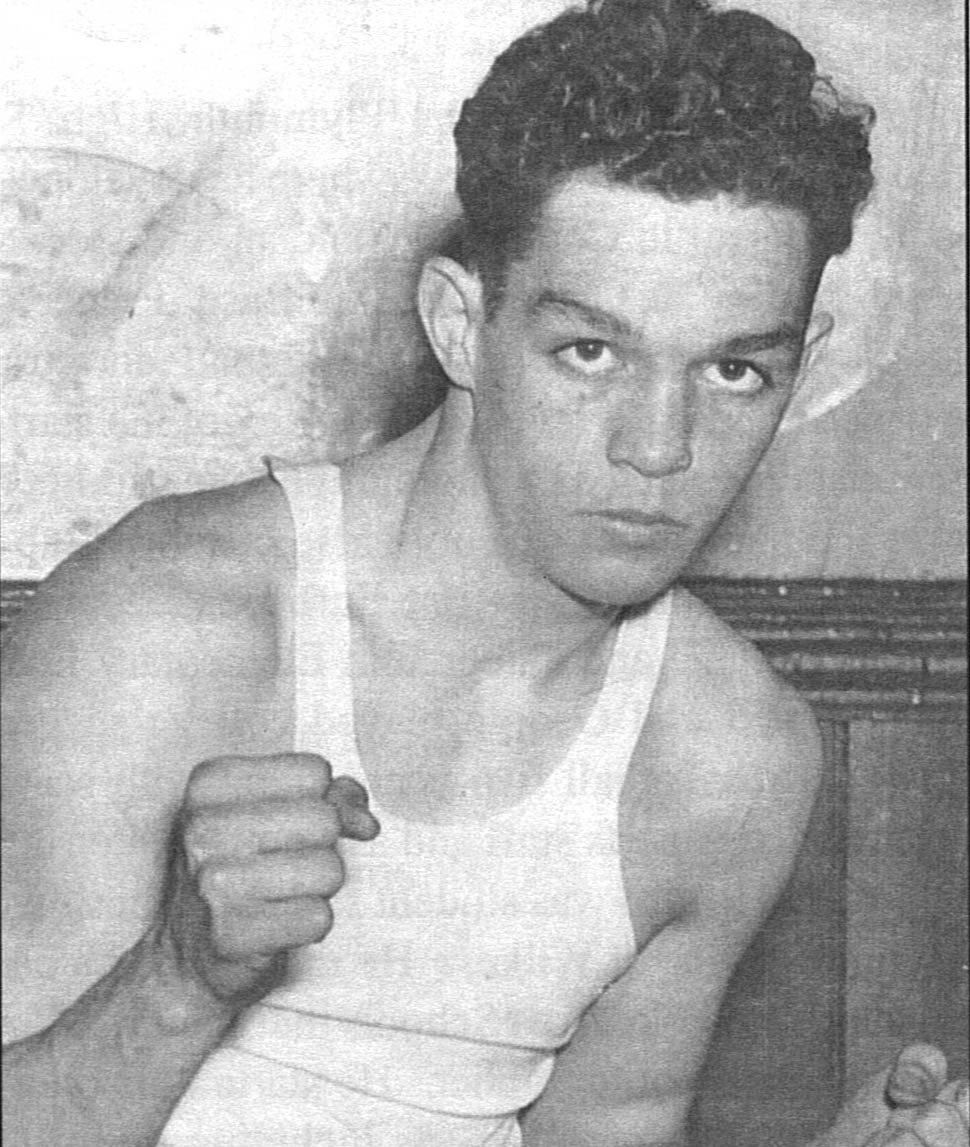 Billy’s boxing career started in a small gymnasium located in an old fire house in Nanticoke. As a 90 pound 16-year-old, he approached Art Thomas at the gym, wanting to learn more about the sport so he could compete on the Olympic boxing team. Thomas took him on and developed him slowly but surely. He won his first exhibition bout in the Tamaqua Armory against Adam Push via a knock out. As an amateur, Billy fought 198 times, winning 90 times by knock outs and losing only 15. In 1937 he defeated all corners in the Diamond Belt district eliminations in Tamaqua and won himself a place on the Tamaqua K. of C. Diamond Belt team and a right to fight in the Philadelphia eliminations for the flyweight title. He won, giving him the right to enter the New York Golden Gloves tournament. He won his first bout, drew a bye in the second bout, and in the third and final bout he won by a knock out. Billy’s next stop with the NY Golden Gloves team was Chicago, where he won all his bouts, advancing him to the National Championships in Boston, the most coveted goal of any amateur. To be recognized as the national champion means the right to campaign for the International crown with trips around the world as prizes, the opportunity to box before the Prince of Wales, and a chance to try for a position on the Olympic boxing team. After a grueling battle, he won over Gilbert Murakani, titleholder of Honolulu and was declared National amateur flyweight champion for 1937. Billy and his mentor took the Trans Atlantic voyage to London, where he won the National Amateur Bantam title in 1938 and 1939. Advancing to a heavier weight, he met tougher fighters, but still emerged victorious. Billy fought more times in Madison Square Garden and held more gold belts and prizes for boxing than any other fighter. When the European war started, Billy turned pro as the 1940 Olympics in Finland were cancelled. The Olympic games would not be held again until 1948. In Scranton on February 7, 1940, he made his pro featherweight debut, scoring another K.O. He remained undefeated in 16 pro bouts, until his 2nd fight with Harry Jeffra in 1941. Billy continued to box and win until 1944 when he announced his retirement. Billy passed away in Bethlehem, on October 24, 1967 at the age of 49 due to a childhood heart ailment. He is buried in Edge Hill Cemetery, West Nanticoke. He is survived by his widow, Dorothy, sons Bill and Bruce and daughters Susan Speary Breck and Anna Speary Lagler.