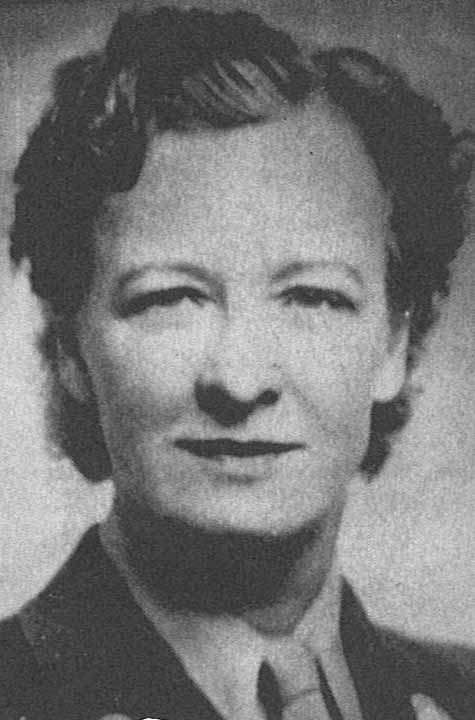 Agnes Rita Ford was born in Luzerne, Pennsylvania on September 18, 1906, the daughter of Marie and Thomas Ford (former Chief of Police in Luzerne, PA.) Agnes attended Luzerne Public Schools and was graduated from the high school in 1926. While at Luzerne High School she was awarded an athletic letter “L” in basketball all four years. She enrolled at East Stroudsburg Teachers College majoring in Health and Physical Education and earning a B.S. degree. While at East Stroudsburg she was awarded an athletic letter “S” all four years. The last year, 1930, she was captain of the college championship basketball team. Additional studies were at Misericordia College, Dallas, PA; Columbia University, N.Y.., as well as the University of Maine in Orono, Maine. While teaching at Northeast Junior High School, she was awarded the Northeast Medal signifying Outstanding Achievement in Service to the School. She was selected to be Director of Girls’ Physical Education at Northeast where she successfully coached swimming, soccer, track, volleyball and basketball teams. Some years later she accepted a position as principal of the Harpswell Islands Elementary School in Maine. In 1978 she retired from teaching. While in Maine Agnes returned to bowling after an absence of many years. Her father taught her to bowl at the Harvey’s Lake Lanes when she was 10 years old. She joined several bowling leagues in Pennsylvania and Maine. As a member of one of the leagues Agnes bowled a 278 game. This high game remained on the bulletin board until two years ago. Agnes was awarded a plaque by the Women’s International Bowling Congress. On March 16, 1985 Agnes Ford was inducted into the Brunswick-Bath, Maine, Bowling Hall of Fame. She was the first woman ever to be inducted by that group. Agnes was also featured in the “Believe It Or Not By Riply” as having scored over 100 points in a basketball game. It was mentioned in many newspapers throughout the United States. When World War II broke out, Agnes decided to apply for the U.S. Army course in Physical Therapy. After taking an entrance test she was accepted, sworn in, and started her course. In due time, she was commissioned a Second Lieutenant as a Physical Therapist at Walter Reed Army Hospital, Washington, D.C. and remained on active duty for five years, attaining the rank of Captain. At the end of the war she returned to her hometown. While there Agnes was highly recommended by the Veterans Administration, Washington, D.C. to apply for the position of Chief Physical Therapist at the Veteran’s Hospital in Wilkes-Barre. While there, she received the Superior Accomplishment Plaque from the Veteran’s Administration, Washington, D.C. Following this, Agnes spent ten years in the State of Maine U.S. Army Reserves, Medical Specialist Corp.