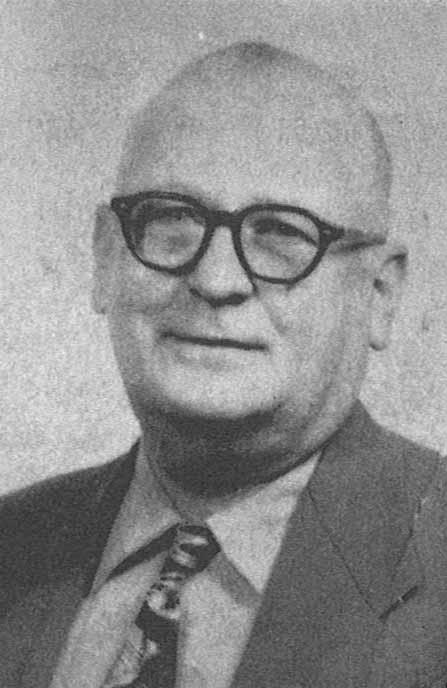 Arthur “Art” O’Malley began his athletic career as a three-sport star in high school and finished it as a distinguished coach. O’Malley attended St. John Evangelist High School where he participated in football, baseball, and basket-ball. Then, in 1921, he was offered an athletic scholarship to St. Bonaventure College in Olean, N.Y. At St. Bonaventure he starred and excel-led in basketball and baseball. At the completion of his college years in 1925, he was signed up with the Utica Baseball Club, a farm team of the New York Yankees. Unfortunately, he was never able to play for Utica because of a serious automobile accident. However, O’Malley did not end his participation in sports. He stayed at St. Bonaventure as an assistant football coach under Coach Carlbury and later became head baseball coach. He then returned to Pittston to accept a job as a teacher and coach at Pittston High School. He coached numerous championship teams in football, basketball, and baseball in Pittston. He also served as athletic director at Pittston High School and finished his coaching career at St. John’s High School, Pittston. O’Malley was also instrumental in founding the famous Pittston Athletic Club semi-pro football team in the 1930’s. He also coached the team, made up of former high school gridders from Pittston High School and St. John’s High School. Under the guidance of Coach Art O’Malley, this team won the C title in 1930, the B championship in 1931, and the A championship in 1932.

Coach Art O’Malley was instrumental in recommending Lou Palermo, an outstanding athlete at Coughlin High School in 1925, to the St. Bonaventure Baseball coaching staff. Upon O’Malley’s recommendation, Lou Palermo received a four year baseball scholarship. Palermo later became a highly successful football and baseball coach at Swoyersville High School in the 1930s and 1940s. After graduating from St. Bonaventure College, he played semi-pro baseball with the Hagerstown, Maryland team in the Blue Ridge League and played semi-pro baseball in the Warsaw, N.Y. League. He also played semi-pro baseball in the Wyoming Valley Leagues. Art O’Malley died on September 26, 1971. He was married to the former Mary Murphy. They were the parents of two children, Joseph O’Malley, Linthicum Heights. MD and Mary O’Malley Reedy: grandparents of seven children and great-grandparents of one.