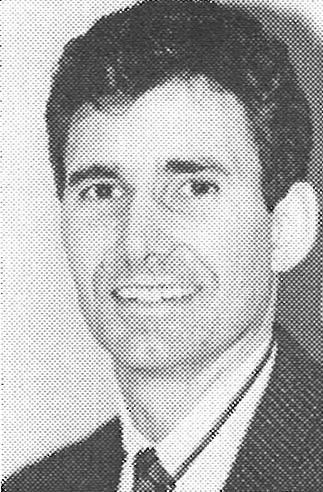 Tony is a 1972 graduate and 3-sport athlete at Meyers High School. During his high school career, he was one of the few athletes in the area that earned 12 letters. He was captain of the baseball, basketball, and football teams and was an All-Scholastic in each sport. He led the basketball team in scoring, and in baseball, he achieved record-setting recognition. As a fresh-man, in addition to All-Scholastic, he was voted Most Valuable Player. To date, he is the only area freshman to achieve this award. Throughout his high school career, he led the baseball team to four Division Championships and two District Titles. He was mentioned on the Pittsburgh Pirate high school draft. After his senior year, he was selected to represent Pennsylvania in the Johnstown AAABA Tournament. In football, he was a second team all-state selection and leading scorer.

He attended Wilkes University on a full scholarship and played baseball and football. During his college baseball career, he played four years, winning two MAC Championships, and his senior year participated in the College World Series. His team finished fourth in the country and led the nation in home runs. During his senior year, he led his team accumulating record-setting extra base hits. He was also an All-MAC selection. During his college football career, he played three years as a defensive back as Wilkes set many records and won the MAC crown in 1974. Tony received the Wilkes University Bob McBride Letterman’s Award, recognizing outstanding academic and athletic achievement. Injuries curtailed his baseball career. He accepted a teaching and coaching position in the Wilkes-Bane Area School District. He served as assistant football coach for twelve years at his alma mater, Meyers High School, under Hall of Famer Mickey Gorham. He was also named head baseball coach at Meyers, and during his career, achieved the most productive tenure in the school’s baseball history. During his 14-year baseball coaching career, he won five Division Titles and two District Titles. He also led his team to post district and state competition two years in a row. He coached in four post-season all-star games. He has had numerous athletes named All-Scholastic. He was voted Coach of the Year in 1981-82.

Tony is retired from coaching, but remains teaching at Meyers, and is also an adjunct faculty member at Luzerne County Community College. Through the years he pursued graduate studies, and earned two masters degrees. He remains active in local sporting events and has completed five marathons. He is a member of the Wilkes-Bane UNICO and Wilkes University Hall of Fame.

Tony is married to the former Jolyne Klocko, and has two sons, Anthony and Michael.