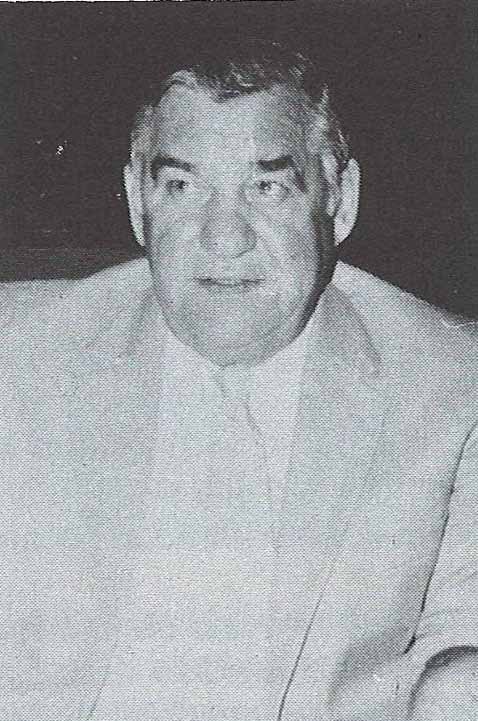 Stan Ritinisky, a 1938 graduate of Luzerne High School, was an all-scholastic end on the Luzerne Football teams. He also was an outstanding basket-ball player on the 1938 championship basketball team of that era and went on to Fordham where he starred on Jim Crowley’s Cotton Bowl 1941 and Sugar Bowl 1942 teams. He was drafted by the New York Giants. He was a great coach in the scholastic ranks in the suburb of Philadelphia. Ritinisky coached at upper Moreland (Will Grove) and his unbeaten teams in 1949 and 1950 are most memorable. His class “B” high school teams ran rough shod over many class “A” power teams such as Lansdale, Doylestown, Pennridge. After graduation from Luzerne 50 years ago, Ritinisky entered Archmere Academy, Claymont, Delaware for a year before heading to Fordham University on a football scholarship. he had the distinct honor to play on the Jim Crowley’s teams at Fordham which was loaded with local players from the anthracite region. In addition to Stan Ritinisky, the Rams Sugar Bowl team of 1942 included: Joe Andrejco and George Cheverko, Hazleton; Ed Shedlosky, Nanticoke; Steve Filipowicz, Kulpmont; Jim Moran, Jim Prendergast, Wilkes-Bane; Mike Vucksanovich, Joe Vackanich from Beaver Meadows; Steve Hudacek, Plymouth; Peter Pascavage, Frackville; Larry Sartori, Shepton; Joe Asoski, Mt. Carmel; Seston Santarelli, East Wyoming; and George Tepo, Tamaqua. In 1941 the Rams in the Cotton Bowl lost 13-12 to Texas A & M. The following year, 1942, the Rams defeated the Missouri Tigers, 2-0 on a safety in the Sugar Bowl. The only score-a safety came on a blocked punt by tackle Alex Santilli and end Stanley Ritinisky. Stan fell on the ball in the end zone and the referee ruled it a safety instead of a touchdown. Fordham’s 2-0 lead held which was a major victory for the Rams on New Year’s Day before 73,000 fans. During World War II, Ritinisky fought with the sixth marine division in the South Pacific. It was in Okinawa that his future professional football career was ended when shrapnel shattered his left shoulder. After the war, Ritinisky served as assistant coach under Pete Carlesimo at the University of Scranton, before accepting the head coaching position at Upper oreland High School in 1947. In 1982, 40 years after completing his collegiate career, he was inducted into the Fordham Hall of Fame. He eventually left football in 1960 to become the current manager of the newly built Willow Grove Bowling Lanes with 106 lanes, the largest in the world and in recent years, he has worked as a real estate salesman. Now, 50 years after Stan Ritinisky graduated from Luzerne High School, we think it highly appropriate that he be honored here on his home turf. Our vote is for Stan Ritinisky, a legitimate Luzerne County Hall of Famer.