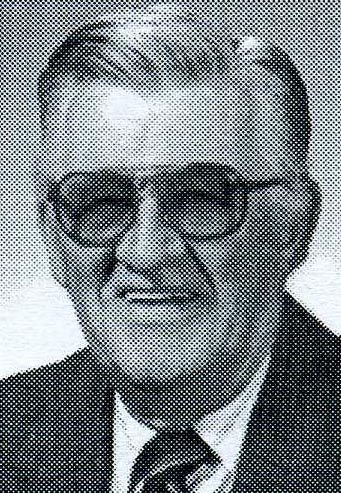 Robert J. McGuire, teacher, coach and volunteer has been involved in Wyoming Valley sports for the last 50 years. Bob, a graduate of Meyers High School in 1940, went on to King’s College and was a 4-year starter in baseball as well as student coach.

Bob was co-founder of St. Theresa’s Little League for boys 8-12, and co-founder of the first Teeners League for boys 13-16 in Luzerne County. He also helped set up Senior Teener League Baseball, now known as American Legion Baseball, for boys 16-19. He was instrumental in getting King’s College to start their baseball program in 1947, and helped start Biddy League Basketball in Wyoming Valley. Bob led St. Theresa’s All-Star Teeners team to their first tournament championship in 1947.

Bob played semi-pro baseball in Wyoming Valley as a pitcher, leading the Breslau Am Vets and Yeosock’s of the Central League to championships. He also formed the first mini-football team in South Wilkes-Barre in the late 1940’s. From 1953 to 1958, Bob was head coach of basketball and baseball at St. Mary’s High School in Wilkes-Bane, winning several junior high tournaments. From 1953 to 1961, Bob was the Director of Education and Director of Athletics at the Luzerne County Industrial School for Boys at Kis-Lyn, Pa. He developed the first varsity baseball team in the school’s history. In 1961, Bob relocated to Kennett Square to teach. While there, he founded and coached a new program for Little League and Teeners League baseball. Bob became Director of Home Life and Recreation at the Glen Mills School for Boys in Delaware County in 1963. From 1966 to 1968, Bob was head basketball and baseball coach at St. Mary’s in Wilkes-Bane, winner of the Southern Basketball League, their first championship in 27 years.

From 1968 to 1975, Bob was head basketball coach at Coughlin High School, again winning the Bob McGrane Tourna­ment, giving him the distinction of being the only coach to win this tournament with two different teams. In 1973, he was the Wyoming Valley League All-Star Senior Classic’s coach. From 1973-75 he devised and directed a flood-related program of recreation for flood victims at the 109th Armory. Bob was swim and track official from 1976 to 1984, and in 1983 became St. Theresa’s first T-ball coordinator. From 1985-92 Bob was basketball coach at Kistler Elementary and the Boyd Dodson School. He also coached YMCA, the YBA Basketball program, and teams in the Rogers Tournaments. He was a vice-president of the PAL organization.

In 1994, Bob was awarded the Eddie White Memorial Trophy of the Killer Bees for his years of working with youth programs and promoting amateur sports in Northeast Pennsylvania. Bob is also a charter member of the Downtown Wilkes-Barre Touchdown Club and is presently serving on the Executive Board of Directors.

He is currently retired and living in Wilkes-Bane.