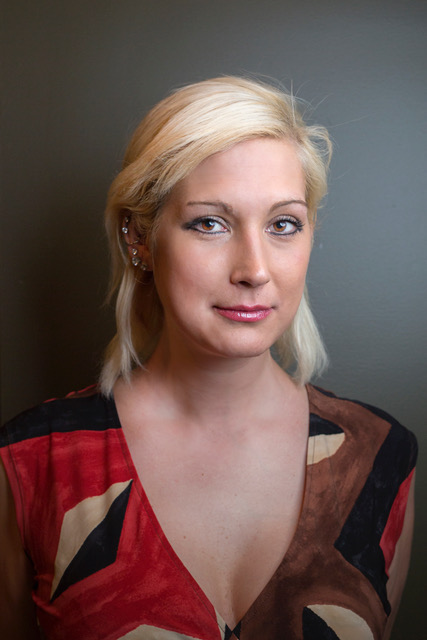 At Bishop Hoban High School in Wilkes-Barre, Meredith was a three sport standout – MVP in basketball, volleyball and track. She was All State in basketball and volleyball. Setting numerous records, she was basketball all-time leading scorer with 1,883 points and 2003 State leading scorer (girls and boys) at 34.1 points a game. Bishop Hoban was state runner-up (2000), District 2 champion (2000, 2002) and District 2 runner-up (2003). They were undefeated in Wyoming Valley Conference three seasons (2000, 2001, 2003). In volleyball, she set records for all-time kills (246) and kills in a season (100). In track she always placed in districts for her events (hurdles, 400 and long/triple jump). She was named the Killer Bees Scholar Athlete in 2003 and won the Pete Gray Award for overcoming obstacles to excel in competition. Meredith’s jersey was retired at Bishop Hoban in 2006. In 2003-2004 at James Madison University, she was one of two players to start every basketball game and was team leader in rebounding and field goal percentage. She was named to the All-CAA third team and the CAA All-Rookie team. She received JMU’s Newcomer of the Year Award. In 2004-2005 she was team leader in rebounding, blocked shots and field goal percentage. She set a sophomore record of 11 double-doubles. She was named to the Preseason All-CAA second team. In 2005-06, she was named All-CAA, VaSID and Richmond Times-Dispatch All-State first team. She was among NCAA leaders (ninth) in rebounding. She was JMU’s team leader in scoring, rebounding, field goal percentage and blocked shots. She broke her own record of 322 rebounds and double-doubles of 17. Her 53 blocked shots was one short of the school season record. She was Preseason All-CAA first team and received the CAA Commissioners’ Academic Award and team’s Courage Award co-recipient. In the 2006-2007 season, Meredith received Associated Press All-America honorable mention and was the Richmond Times-Dispatch, VaSID and CAA Player of the Year. She was named to the All-CAA and All-State (VaSID) first teams. She set a school record 1,760 career points, school record and CAA record 1,313 career rebounds, school season record 22 double doubles, school career record 700 field goals and school career record 124 games started. She also set school career records for double-figure rebounding games (75) and double-doubles (63), school records for consecutive double-doubles (6). Meredith was the only player in school history with more than 1,000 career points and more than 1,000 career rebounds. She was named Player of the Week numerous times and was the team’s MVP and team’s Leadership Award co-recipient. Meredith was inducted into the James Madison University Hall of Fame in February 2017 and was named a member of the CAA (Colonial Athletic Conference) Silver Anniversary team in 2009. Professionally, Meredith played for the WNBA Washington Mystics and Connecticut Sun. Overseas, she played for League/Division 1 Extrugasa in Torun, Poland, Euroleague Mondeville, France and Eurocup Villa Garcia de Arosa, Spain. Meredith is the daughter of Janine and Frank Alexis. She has a younger brother Peter.