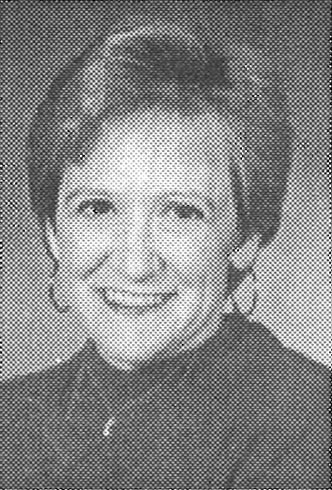 It would be difficult to name anyone who contributed more stature and recognition to women’s track, cross country, and road running in Northeast Pennsylvania than Mary Wazeter Mannhardt, the legendary runner from Meyers High School, who earned victories locally, nationally, and internationally.

In 1975 as a seventh grader, she won one of the early 5-mile Cherry Blossom Runs in Wilkes-Barre. On Thanksgiving Day 1976, while in eighth grade, Mary was victorious in the female division of the prestigious 69th Berwick Run for the Diamonds.

Her exploits from ninth through twelfth grades at Meyers have never been equaled. In cross country, she took first place in every District 2 AA Championship from 1977 through 1980. As a senior in 1980, she brought acclaim to this locale by being the first runner from this area to win an individual State gold medal in cross country.

Mary’s accomplishments in track at Meyers were much the same. She again won the coveted gold in District 2 each of the four years, 1978 through 1981, in both the 1600 and 3200-meter AA competitions. The only exception was in 1980 when, because of a hamstring injury, she limited herself to the 3200-meter run. Mary’s record of 10:35.2 for the 3200 meters has been challenged, but not beaten. As a senior in 1981, she proceeded to win the State championship in the AA 3200-meter contest.

Nationally, Mary placed eighth in the highly heralded L’Eggs Mini Marathon in Grand Central Park, N.Y., as a seventeen-year-old in May, 1981, just days before her graduation from Meyers High School. The winner was the world-famed Greta Weitz; the illustrious Joan Benoit placed seventh, just ahead of Mary. As a member of the renowned Warren St. Athletic Club of Jersey City, she won the 10,000 meter Concord Run in Aruba, Netherlands Antilles, in June 1981. Representing Warren St. A.C. again in July of the same year, Mary was the first woman in the celebrated 10,000 meter Pepsi Challenge from Fort Lee, N.J. to Inwood Park, N.Y. The men’s winner was the incomparable Bill Rodgers.

One could go on and on with Mary’s accolades, but we respectfully submit that the above performances merit serious consideration for her induction into Northeastern Pa. Hall of Fame.