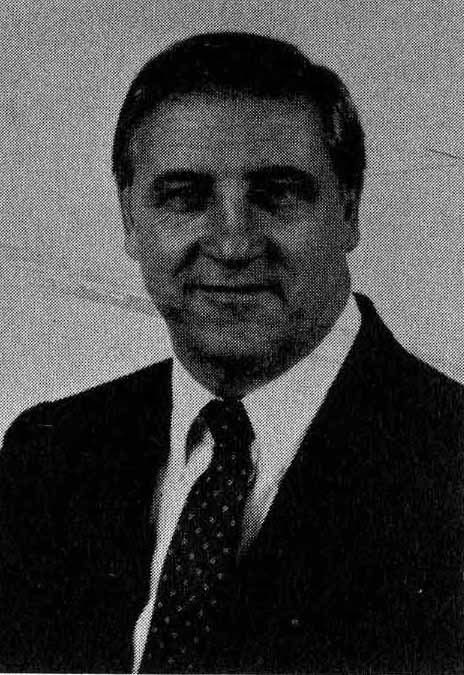 Marvin Antinnes is in his 31st year of coach-ing. 25 years as the head football coach of Wyoming Seminary. This gives him the distinction of holding the longest tenure of any coach in the history of the 147-year-old, tradition-rich, Kingston prep school. Throughout the 25 years at Wyoming Seminary, his football teams have compiled an outstanding prep school record of 135 wins, 35 losses, and 3 ties, including undefeated seasons in 1969, 1976, 1977, 1978, 1979, and 1985. During the period from 1969 to 1980, the Antinnes led teams lost a total of only 8 games. It was during this time period that his Wyoming Seminary football team enjoyed a 34-game winning streak, the longest winning streak of any football team in the state of Pennsylvania. He has been recognized as coach of the year by the local media and various organizations on several occasions. A native of Wyoming Valley, Antinnes graduated from Forty Fort High School where he excelled in football, wrestling, and track. While at Forty Fort, he was a District II wrestling champion, a West Side Conference All-Scholastic football player, and a member of the District II championship track relay team which also competed in the state P.I.A.A. finals. He then matriculated to Wilkes College where he started for four years on the varsity football and wrestling teams. He was the first Wilkes athlete to win the coveted “Athlete of the Year Award” two years in succession. Antinnes captained both the football and wrestling teams and won the Outstanding Back Award three times. He was voted the Outstanding Wrestler Award two times. He won the Joe Gallagher Memorial Award in football two years in succession. He was the leading rusher in the M.A. C. conference, 1st team M.A.C. fullback, selected on the All East team, and gained recognition with honorable mention on the Little All American Team. In wrestling, he won the Middle Atlantic Championship three times and won the N.A.I.A. championship in 1960 at 177 pounds, thus becoming the first Wilkes wrestler ever to win a National wrestling title and become a member of the National Wrestling Team. Mary ‘s dual meet record was 39 and 1 and was presented with the “Athletic Honor Roll Award” for setting a new record in inter-collegiate wrestling at Wilkes. He was featured in “Who’s Who in American Colleges and Universities” in 1961. Antinnes was selected to the “Wilkes College All Time Greats Football Team” in 1969, voted the “Wrestler of the Decade” and selected to the Silver Anniversary Wrestling Team as the outstanding 177 pound wrestler. After graduating from Wilkes, he did graduate work at Bucknell University and Temple University. The successful mentor now serves as Director of Athletics at Wyoming Seminary, working with the prep school’s 18 men’s and women’s interscholastic and prep school sports. He is also chairman of the Physical Education and Health Department. Earlier in his career, Mary served as assistant football coach at Wilkes College, assistant football coach at Meyers, head wrestling coach at Meyers, head football and wrestling coach and assistant track coach at Plymouth, head football coach and assistant track coach at Forty Fort Area (W.V.W.) and head wrestling coach at Wyoming Seminary. He is a member of the Fellowship of Christian Athletes, the National High School Football Coaches Association, the Pennsylvania High School Coaches Association, the Pennsylvania Athletic Directors Association, the Wyoming Valley Athletic Directors Association, and the Northeastern Athletic Directors Association. He currently serves as the Secretary-Treasurer of the Wyoming Valley Soccer Conference, and is a director of the Blue Knights Sports Camp. Mary is married to the former Elaine Richards of Forty Fort. They have three children, two sons, Mark, Jay, and daughter Amy.