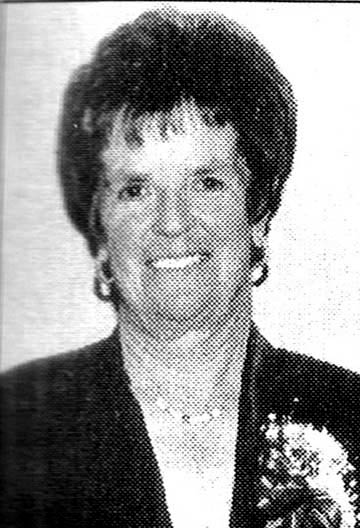 Marge graduated from Ursinus College in 1957. She was a player on the World Cup United States Field Hockey Team in Sydney, Australia in 1956. From 1969 to present, she has been umpiring PIAA Field Hockey and basketball, NCAA field hockey and lacrosse. From 1979-1984, she managed the United States field hockey Olympic team, winning a bronze medal at the Los Angeles Olympic games in 1984. From 1980-1990, Marge was a member of the Field Hockey National Umpiring Committee. In 1986 she umpired World Cup Lacrosse in Swathmore, PA and in 1989 the World Cup Finals in Perth, Australia. From 1985-1989, she was a field hockey National Rules Interpreter. From 1985 to present, she has been functioning as an umpiring clinician in Canada, Germany, Australia, New Zealand, Bermuda, the Czech Republic, Japan and Scotland. In 1991 Marge was a technical delegate for World Cup Lacrosse at High Wycombe, England, in 1993 at Edinburgh, Scotland, and in 1997, the Czech Republic in 1998 and the Prague Cup in 1999. She was inducted in the Ursinus Sports Hall of Fame in 1971, the PA Lacrosse Hall of Fame 1999, United States Lacrosse Hall of Fame 1999, and PA Sports Hall of Fame 2004. She was also named Lacrosse Umpiring Legend of the Game in Perth, Australia in 1999. In 2001 she was awarded the Killer Bees Lifetime Achievement Award. Marge resides at Harvey’s Lake.