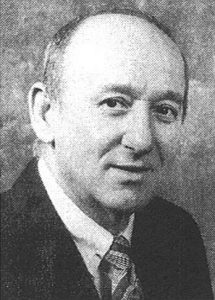 A 1945 graduate of Plymouth High School, Joe was the starting point guard on the District 2 PIAA championship team. He earned notoriety by sinking the winning shot in sudden death of the championship game. Joe was head basketball coach for 14 years at St. Leo’s, St. Vincent’s, Plymouth, Plymouth Area, and Wyoming Valley West High Schools, with an overall record of 233-91. In 1957, he coached St. Vincent’s to a 27-0 PCIAA state championship season. As head coach, Joe’s teams combined to win 6 league, district, and state championships, and they were runners-up 5 times. Of Plymouth High School’s 5 district basketball championships, Joe had a key role in 3. He played on the first, was assistant coach for another and head coach for the last. Additionally, Joe had a distinguished 8 year tenure as head baseball coach at St. Vincent’s, Plymouth, and Plymouth Area High Schools. His teams combined for 5 championships and 2 runners-up. His record at Plymouth was 50-9, and they retired the Luzerne County Championship Tournament Trophy by winning it 3 straight years. Joe was selected 1966 Sunday Independent Coach of the Year and is an original member of W.V.W., s Basketball Wall of Fame. In 1972, he left coaching to become Athletic Director of the Wyoming Valley West School District, and served 12 years, becoming a leading figure in high school athletics. Joe resides in Plymouth with his wife, the former Joan Olshefski. They have two children, Joann and Dr. Joseph Evan.