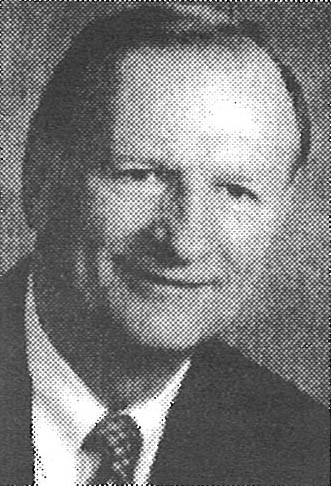 John Donmoyer is a graduate of Allentown High School, Class of ’57, of which he was class president. After attending Raub Jr. High School, John matriculated to Allentown High and participated in football, bas-ketball and track. The eldest son of John R. (Homer Schneck) and Vivian Jordan Donmoyer, he continued his education at the University of Pennsylvania on a football scholarship and participated in freshman football. At the conclusion of his freshman year in college, he saw fit to return to Allentown to attend Muhlenburg College majoring in mathematics and participating in football. John graduated from Muhlenberg College in January 1962, and began teaching in the Allentown School District at Louis E. Dieruff High School. In September of 1962, John began teaching at his alma mater, now Allen High School, and remained there for the next thirty-five years. Before he entered Allen High School to begin his teaching career, on June 16, 1962, John was married to his high school sweetheart, Barbara Anita Rose. John and Barbara have been married 35 years and will celebrate that event two weeks from tonight. John and Barbara are the proud parents of three children, Diane Lynn (Mrs. Barry McCooley), John W., and, Nanciann Donmoyer. The Donmoyers are members of the Church of the Mediator in Allentown’s West Park. During his coaching career at Allen High School, John was an assistant football coach for 7-1/2 years, and 4 years at Muhlenburg College. John served as junior varsity boys’ basketball head coach for 8 years. In 1974, John was named varsity head basketball coach at Allen High School and remained there until his resignation at the conclusion of the 1997 season. Besides coaching, John served 10 years as a City of Allentown park instructor and supervisor under the direction of Ken “Toot” Wildonger. During the “Donmoyer Era,” Allen High School’s boys’ basketball team won 423 games while losing 226. John’s team won 5 East Penn League Championships, 6 District XI Championships, and 2 Eastern Pennsylvania State Championships. On several occasions during his tenure as Allen’s head coach, John was named league or district Coach of the Year. And twice during his tenure has head coach, Allen was named as the recipient of the “Sportsmanship Award” presented by the Lehigh Valley Basketball Officials. Association. John has gained the respect and admiration of all who have come in contact with him at all levels of the game. Players, coaches, officials, sportswriters, media representatives, and fans, have all come to refer to John as “the Good Guy” of high school basketball in the Lehigh Valley. We will always remember “the guy in the lucky grey sports coat” on the sidelines of Seward’s Gymnasium. How can we forget the trip down the “Yellow Brick Road” via the Pennsylvania Turnpike to the Pittsburgh Civic Arena for the PIAA State Championship Game in 1979? And then, the next year, 1980, we returned to the State Championship Game for the second time in a row and found “a little bit of Hershey in all of us.” Remember if you will the five overtime victory over Dieruff in John’s first season, 1974-75. Then, in 1979-80, John registered his 100th win against Northampton. Again, in 1983-84, he won his 200th against Freedom of Bethlehem. In 1988-89, his 300th victory was attained versus cross-town rival Dieruff just two games after the gymnasium was dedicated to his former head coach, J. Milo Sewards. Finally, in 1994-95, the Donmoyer Canaries defeated Emmaus to give Coach John his 400th Canary career win. Good guy, gentleman, class act, sincere, honest, never changed whether he won or lost, a true friend, someone who’s there when the chips are down, a fighter for what is right, a loyal assistant, a tough adversary, a positive image, someone to look up to; no matter how you say it, it spells John E. Donmoyer.