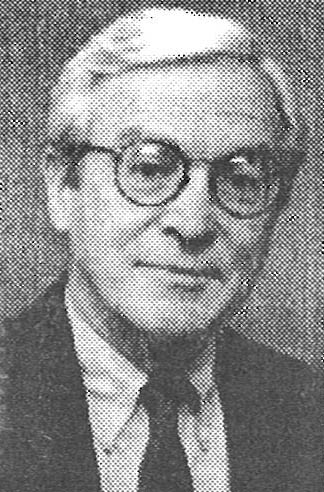 John’s awards just keep coming: Teacher of the Year in 1957 and 1963; the Schoolman of the Year in 1968; Pa. Wrestling Coaches Hall of Fame in 1975; District XI Wrestling Coaches Hall of Fame in 1978; the Lehigh-Northampton Counties Association for Health, Physical Education and Recreation Honor Award 1981, Secondary Award 1988, Special Award 1990; Outstanding Educator Honor Award 1982; PSADA Athletic Director of the Year Award in 1985; District XI Athletic Director’s Association Athletic Director of the Year in 1988; and now induction into the PA Sports Hall of Fame in 1998. It all started for John as an all-star wrestler and trackman at Abington High School, graduating in 1947. John went on to West Chester State College, where he was co-captain of the wrestling team, and ran track in the 100- and 200-yard dashes and long jump. John graduated in 1951 with a B.S. in Health and Physical Education. He continued his studies at Lehigh University, North Carolina State University, and earned his Masters in Education in Biology from Penn State University. John started his teaching career at Easton High School as a biology teacher in 1951, and moved on to advanced placement biology, then head of the biology department until 1966. He also functioned as assistant wrestling coach, then head wrestling coach with a record of 107-55-7, having coached 3 state champions. John was also head track coach, having coached one state champion. His administrative career began in 1967 as faculty manager of athletics at Easton Area High School, followed by Director of Health, Phys. Ed. and Athletics until 1991, when he moved to Wallenpaupack Area School District and Wayne Highlands School District. In 1993 he moved to Lackawanna Junior College, where he is presently teaching GED, A & P, and drug abuse courses. Over the years, John has also been a member of the Board of Directors of such agencies as the Easton Area YMCA, Kiwanis Club, PA State Athletic Directors Association, Weller Center for Health Education in Easton, J.B.”Pat” Reilly Memorial School Fund; Boys Club of Easton, Lehigh Valley Community Council, among many other activities. John resides in Lakeville, Pa., with his wife, the former Ruth A. Samer. They have two children, Anne and Christopher.