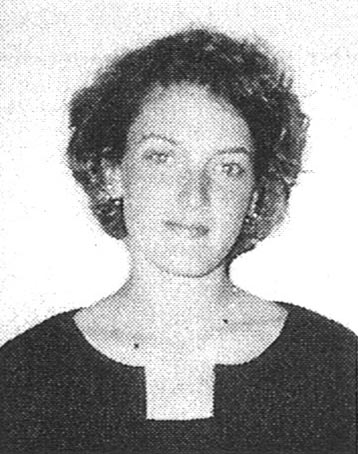 Joanne Polakoski is a 1996 graduate of Meyers High School and a 2000 graduate of King’s College in Wilkes-Barre, PA. She also attended Coughlin High School from 1992 until 1994. While at Coughlin, she was a member of the 1992-1993 and 1993-1994 Wyoming Valley Conference Girls’s Basketball Association Division I All-Star team and was selected as the Wyoming Valley Conference Coaches Association Player of the Year. During her sophomore year, she reached the 1,000-point mark in her high school career. At Meyers, she was a member of the 1994-1995 and 1995-1996 Wyoming Valley Conference Girls Basketball Association Division II All-Star Team and was selected Most Valuable Player of the league for the two years. She led her team to the District II Class AA Girls Basketball title, the first in the school’s 59 year history. During her senior year, she reached the 2,000-point mark in her high school career, receiving the Fox 38, WOLF TV high school sports show Athlete of the Week award, the Wyoming Valley Conference Senior Classic Robert Gibbon Sportsmanship Award, and the 1996 District II PIAA Scholar Athlete Award. She was also selected to the Wyoming Valley Conference Class AA Softball All-Star Team during her junior and senior years. At King’s, she was a nationally-ranked player who led the Lady Monarchs to their first-ever appearance in the Division III “Sweet 16” National Tournament and to a school record of 24-6 over four years. In her junior year, she reached the 1,000-point mark in her college career. Her accomplishments include two-time MAC Freedom League Most Valuable Player, MAC All-Academic Team, two-time ECAC Southern Region Player of the Year, WNEP-TV Sports Star of the Week, MVP of the Grotto Pizza Classic, the Patient Care Classic, and Catholic University Tip-off Tournament, Kodak All-American, and Columbus Multi-Media Division III National Player of the Year. Joanne currently resides in Bear Creek with her father, Joe, and mother, Donna. She will be applying to several school districts for a position as an elementary school teacher and some day hopes to get into coaching.