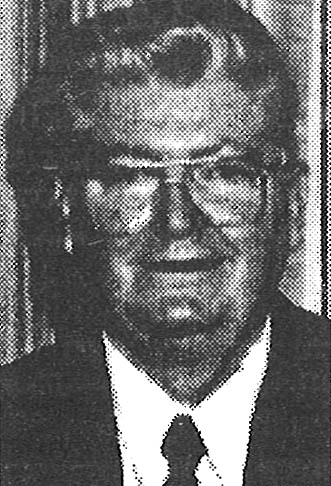 James Fennell was born in 1929 in Philadelphia, Pa. After moving to the Kingston area, he attended and graduated from Kingston High School in 1947, where he participated in football, wrestling and track. Jim then went on to Wyoming Seminary Business School for one year before transferring to George Washington University; where he played football for 2 years. From 1950 to 1952, Jim served in the Armed Forces during the Korean War and received an honorable discharge. He then enrolled in Rutger’s University, where he starred on the football team for 3 years. He began his teaching career at Kingston High School in 1955. Jim coached there from 1955 through 1966. His record at Kingston was 103 wins, 23 losses, 5 ties. In 1967, the Wyoming Valley West Jointure was formed and Jim coached there from 1967 to 1974. He left Wyoming Valley West in 1975 to help coach Wilkes College under head coach Rollie Schmidt through 1976. From 1977 through 1979 Jim became head football coach at Bishop Hoban upon its opening. In 1980, Jim returned to his roots at Wyoming Valley West and coached there until 1987. During his coaching career, Jim has compiled an impressive record of 204 wins, 106 losses, and 11 ties. Jim’s team won 3 Wyoming Valley championships at Kingston High School. In 1958, he was undefeated with 10 wins; the team was led by Eddie Rutkowski who later starred at Notre Dame and the Buffalo Bills, and also Dr. Terry Turel and Joe Zolner. Again in 1963 his team went undefeated with another 10 win season led by Ron Kopicki and Dr. Mike Raklewicz, who went on to star at the University of Pittsburgh and is now a local physician. Again in 1965, Jim’s team won the Wyoming Valley Championship with 9 wins and 1 tie; that team was led by Bruce Deets, Ken Payer and Phil Moseman. In 1989, Jim was elected to the Pennsylvania Scholastic Football Coaches Hall of Fame. Jim also coached the UNICO game for 15 years and was on the coaching staff of the Big 33 PA State Team in 1985. Jim was named Coach of the Year in 1969. Jim has been married to the former Patricia Walsh since 1959. The couple have 6 children, Patricia, James III, Maura, Sean, Brian and Colleen.