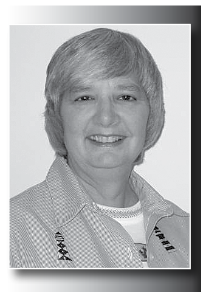 On Oct. 1, 2018 the Tunkhannock athletic department lost one of its most beloved coaches, Jane Helman.  She was the girls head track and field coach from 1979 to 2009 and had a substantial impact on just about everyone she encountered.  Former Tunkhannock Area athletic director Stew Casterline called Helman, “A great motivator who had a great rapport with her athletes.”

Jane Helman was born in Allentown, PA and graduated from William Allen HS in Allentown.  She received her Bachelors of Arts in Elementary Education and Teaching from Messiah College and her Masters Degree from Bloomsburg University in PA.

“Jane was very dedicated to her sport and had a knack for putting the girls in the line-up, where they had the best chance for success.”  Alice Edwards, who coached alongside her in the early years, called Helman, “the most remarkable strategist I’ve ever seen.”  Molly O’Malley Watts ’95 said: “Running on her team for four years prepared me to play Division I field hockey at Princeton and beyond with the USA teams.”

1992 Pennsylvania State Javelin Track Champion Gretchen Grimaud Moore concluded, “Out of all the sports I played, I enjoyed Track & Field the most.”  She recalled, “Coach Helman always encouraged us to do our best and to cheer each other on as a team.  She led by example.  I remember her always running to the jumping, throwing, and running competitions to give encouraging words and to find out how we were doing.”  Moore added, “Coach Helman was one of my role models.  I wanted to be a good coach just like her.”  She knew how to bring out the best in all her athletes.  She was a gift to our school and community,” Watts said.  From the Wyoming County Examiner.

Jane coached 43 individuals District II AAA champions and  7 District Relay Champions.  During the 1989-92 seasons under Jane’s guidance, the Tunkhannock Area Girls Track & Field team won four straight District II titles.  During this run they compiled a 69-0 dual meet record.  The 1992 team finished fifth in the PIAA State meet.  Jane coached one State Champion and fourteen state place-winners.  Her favorite motto was, “Do it for the Doughnuts!”

In addition to the impact she made during her coaching, Jane was a dedicated teacher who helped hundreds of children reach their reading potential.  She was actively involved in the Keystone State Literacy Association, attending the first state conference in 1990.  Over the years, Jane served in a number of capacities with the KSLA, including Conference Chair, Publications Chair, Vice President and President.  her long-time coaching partners and associates with which she shared all of the wonderful accomplishments and cherished memories, were assistant coaches Hollie D’Agata and Dick Daniels.  She is sadly missed by her loving brother Daniel and his wife Linda, along with the entire Tunkhannock community.