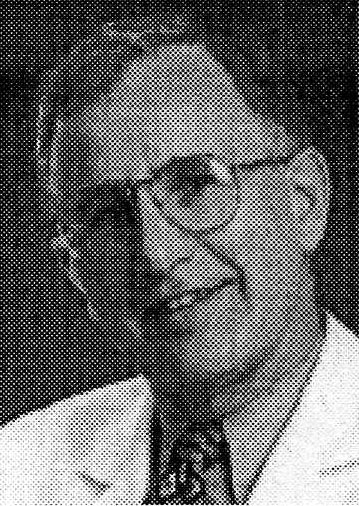 Edward attended Plymouth High School, playing basketball in his sophomore, junior and senior years from 1950-1953, as starting guard, then starting forward on varsity. During his junior year, his team record was 20-7, winning the league championship. Edward averaged 21 points per game that year. He was named First Team Wyoming Valley All-Scholastic and All-League, in addition to Honorable Mention All-State. In his senior year, the team record was 24-5, becoming undefeated league champions. He averaged 26 points per game, with a high of 45 points in his best game. He was again named First Team Wyoming Valley All-Scholastic and All-League and Third Team All-State. After graduating 2nd in his class at Plymouth, he attended Columbia College in New York, pursuing a career in medicine. He played basketball all 3 years at Columbia. During his junior year, he was named Second Team All-Ivy. During his senior year at Columbia, he was the 5th player in Columbia history to reach 1000 career points (1005 total). He was named First Team All-Ivy and elected into Columbia’s Hall of Fame in 1975. He entered Columbia P&S Medical School in 1957 and graduated in 1961. His post-graduate residencies were completed at St. Luke’s Hospital and Columbia-Presbyterian Medical Center in Internal Medicine and Cardiology. From 1966-68, he served in the U.S. Navy as Lt. Commander, Head Heart Station, Philadelphia Naval Hospital. From 1968-1978, he was on the faculty of Columbia P&S Medical School and appointed Director of the Catherization Lab & Program Director for Cardiology Fellowship at Roosevelt Hospital, New York City. From 1978-1988, he was appointed Director of Cardiology at Roosevelt Hospital. From 1980-1982, he was appointed Acting Director of Medicine at Roosevelt Hospital, then promoted to Professor of Medicine at Columbia Medical School. 1988-1995 he was appointed Director of Cardiology at St. Luke’s-Roosevelt Hospital. In 1995, after 40 years of association with Columbia, Edward moved to New Jersey Medical School, where he assumed the position of Director of Cardiovascular Medicine and Professor of Medicine. His scholastic efforts have continued throughout his career with the publication of nearly 100 research studies in all areas of cardiac diseases. He is head of the Recreation Commission in Tenafly, N.J., and served as basketball coach for 10 years at the Tenafly Middle School and Tenafly varsity team during summer session play. Edward was married to Mary Lou Evans of Plymouth, who passed away in 1991. He has 3 sons in medicine, law and business. In 1993, he married Pat Van Etten, and they reside in Tenafly, N.J.