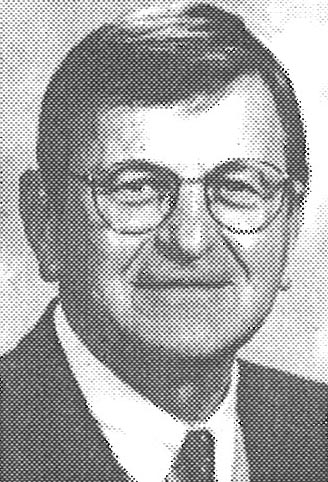 Dr. Peter A. Keblish, a Glen Lyon native, was an “All Scholastic” during an excellent three-sport career at Newport Township High School; an “All Pennsylvanian” during an equally presti-gious athletic career at the University of Pennsylvania, and a real “All American” in the medical career he pursued as a highly-decorated U.S. serviceman during the Vietnam War.

Keblish, now Peter A. Keblish, M.D., Chief, Division of Orthopaedic Surgery, Lehigh Valley Hospital in Allentown, is among the top specialists in the field of reconstructive implant and arthritis surgery in the world.

As an athlete at Newport Township High School, Keblish was a guard on the 1953 Wyoming Valley All-Scholastic football team, capping off a three-year career by being named captain of his team, and was selected to play in one of the earliest UNICO games.

He was a member of the championship Newport Township baseball squad in 1954 and also lettered in basketball.

Moving on to the University of Pennsylvania, he played on the Penn baseball team as a freshman, and during three seasons on the U. of P. grid team as a guard and linebacker, had the distinction of being only the second junior in the school’s history to be named captain of the team, and was named captain in his senior year as well, averaging more than 55 minutes per game both years.

His laurels at Penn included being named Most Inspirational Player earning the Edgar Church Award; made All-Pennsylvania First Team in 1957; All-Ivy League second team, and received All-East honorable mention, and was named Lineman of the Week in the nation for his performance in the Navy-Penn game.

As a major in the Medical Corps, Keblish distinguished himself with outstanding meritorious service in military operations against a hostile force in the Republic of Vietnam for which he was awarded the Bronze Star Medal and the Department of Army Commendation Medal.

On returning to the United States, Dr. Keblish’s work with injured returnees from Vietnam earned him the Irwin Army Hospital Certificate of Achievement in 1969.

Dr. Keblish and his wife, Ruth, reside in Allentown. They have four children and three stepchildren. His research, writings, and lectures in the field of orthopaedics have taken him all across the country and around the globe.