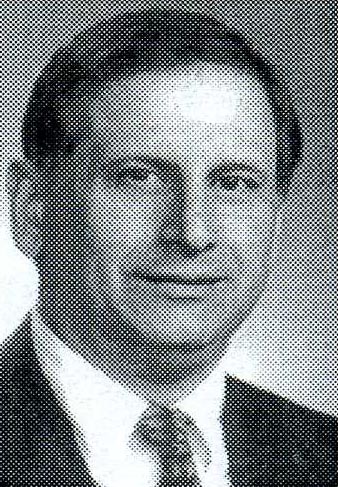 Conrad Falvello graduated from Hazleton Senior High School in 1967. He played foot-ball and track at Hazleton High School, was a letter winner in football in the 1965 and 1966 seasons when the team compiled a combined record of 16-5-1. He was a 4-letter winner in track from 1964 to 1967 and was the only 4-year letter winner in the class of 1967. He was recruited in football by and accepted for admission to 20 schools including Penn, Dartmouth, Cornell, Brown, Lehigh, Colgate, Lafayette, and Bucknell. Conrad graduated from the University of Pennsylvania in Philadelphia with a bachelor of arts degree in 1971. He graduated from the Dickinson School of Law in Carlisle, Pa. in 1974 with a Juris Doctor degree. While at the University of Pennsylvania, he played on the football team in 1967, and the weightlifting team from 1969 to 1971. They were named PA State Champion in 1970 and 1971, and tied for third place in the NCAA in 1971. Conrad coached the Hazleton High School off-season football weight program with Don Carlyon. He was the volunteer coach for the CVCO 9-10-year-old basketball program. From 1986 to the present, he has been a contributor of 10 scholarships each year to CVCO athletes for Penn State Basketball Camp. In 1991, he received the Bronze Medal at the Masters Weightlifting Nationals (for athletes age 40 and over), 198 lb. class. He also received a Silver Medal at the Keystone Games Weightlifting, Masters Overall. In 1996, he received the Bronze Medal at the Keystone Games, Masters Shot Put. Attorney Falvello has his own law practice, Falvello Law Finn, at R.R. 1, Box 464, Conyngham-Drums Road, in Sugarloaf, Pa. He lives in Sugarloaf with his wife Christine, and has one son, Anthony, and two daughters, Alexis and Christina.