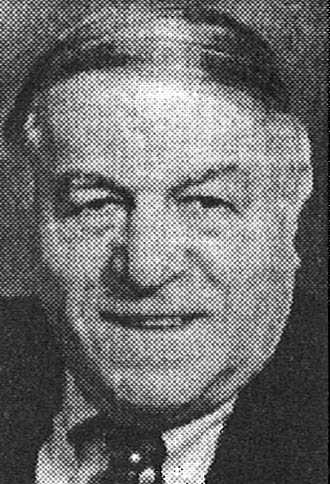 Born in Easton, Pennsylvania, the son of Philip and Rose Spaziani, Charles was the 7th of 8 children. Charles graduated from Easton High School, Lafayette College, and Temple University School of Law. While at Easton High School, he was a member of the football team under Coach Elmer Carrol. Also, while attending Easton High School, he was class president and also held that position at Temple Law School. He was a member of the football team at Lafayette College under Coach E.E. “Hooks” Mylin. He served in the United States Army as 1st Sergeant and served in the Far East Command. Currently, Charles is a practicing attorney before the Courts of Northampton County, State and Federal Courts, and was admitted into practice 39 years ago. He served 5 years as Assistant and First Assistant District Attorney and served as District Attorney for 8 years, being the first person ever re-elected District Attorney in Northampton County, Pa. Charles was the recipient of the Distinguished Service to Law Enforcement Award by the State Detectives Association and Distinguished Service Award from the VFW and American Legion. He is married and the father of 6 daughters, Anne, Beth, Jean, Meg, Jackie and Rosemary. He has been associated with Larry Holmes for many years as advisor, consultant and attorney, and helped guide his career to become Heavyweight Champion of the World. In addition to his affiliation with the Champ, he is a member of numerous fraternal, religious, and military organizations, including the following: Holy Cross Society, 4th Degree Knights of Columbus, Jr. O.U.A.M., Fraternal Order of Moose, Loyal Order of Fleas, Fraternal Order of Elks, Pomfret Club, Maroon Club of Lafayette College, VFW Post 1290, Rice Ebner American Legion Post 588, Catholic War Veterans Post 454, and National District Attorneys Association. Charles is proud of his family, his contribution to law enforcement, and his association with Larry Holmes over the years.