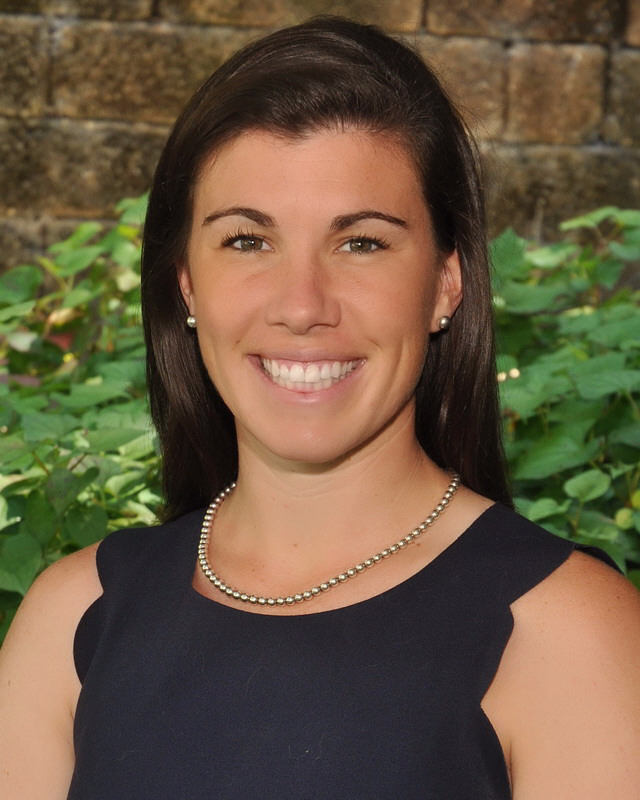 Caroline Blaum is the oldest daughter of Kevin and Beth Blaum. She and her younger sister Elizabeth were given their first field hockey sticks when they were in 3rd grade and kindergarten. Both Blaum girls began competing in their 7th grade years at Wyoming Seminary Lower School. While at the Upper School, Caroline was a member of Wyoming Seminary’s 2001 State Championship team and two district championship teams. She was a three-time all-state and all-Wyoming Valley Conference selection. In her senior year, Caroline was a second team NFHCA High School All-American and a first team regional all-American. Having always been active in the U.S. National pipeline and futures program since 2001, Blaum was selected to USAFH B-Camp in 2003 and 2004 and was selected to the under-21 national team from A-Camp in 2004. A 2004 graduate of Wyoming Seminary, Caroline went on to attended the University of Iowa from 2004-2008. While at Iowa, she was a four-time team captain, a three-time all-Big Ten selection and a two-time regional all-American. The Wilkes-Barre, PA, native started all 83 games in her career. As a senior, Blaum was named NFHCA first team all-American, leading the Hawkeyes in assists. During her time at Iowa, the field hockey team won three Big Ten Tournament championships, one regular season Big Ten championship and advanced to the NCAA Tournament three times. As a senior, Blaum helped lead the Hawkeyes to the NCAA Semifinals at the Final Four. Blaum graduated from the University of Iowa in 2008 with a Bachelor of Arts degree in English and a minor in Journalism. After graduation, Caroline was named to the Women’s US National Field Hockey team which required her to live in the Olympic Training Center in Chula Vista, California. In addition, Caroline returned to her alma mater as the Assistant Field Hockey coach at the University of Iowa for the 2009-2010 season while traveling between Iowa City, IA, and San Diego, CA. Blaum was a member of Team USA from 2008-2010. In the spring of 2010, Blaum spent two months in Australia training and playing in the club system where she was a midfielder representing Darwin, Australia. She was also a member of the 2007 and 2008 HPTC Midwest Region Teams, the 2006 EPTC Midwest Region Team and the 2004-2005 U.S. Under-21 Team. Having grown up within the boarding school community and having attended Wyoming Seminary College preparatory school, Caroline felt a strong connection to the Independent school lifestyle and a love for coaching at the developmental level. She is now in her 7th year at Oldfields School, an all girls boarding school in Sparks Glencoe, MD. where is she currently the Dean of Students and Head Varsity Field Hockey Coach.