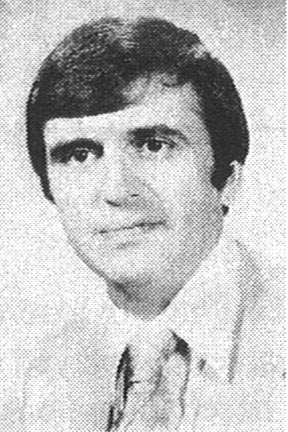 Anthony F. “Tony” Farrell, a 1958 graduate of Hazleton High School and later Kutztown University, received his Master’s Degree from Gannon University in Erie, PA. In his senior year at Hazleton, he was a varsity starter for the late Frank Serany on a team that broke Allentown High School’s 35 game win streak. At age 20, Tony became the youngest manager in Hazleton Teener baseball history, with his team winning the league championship twice in three years. While a freshman at Kutztown State Teacher’s College, he led the freshman team in scoring and was on the varsity team as well while in high school, his “South Side” and Pine Street” teams won the “City Championship” upsetting James Street. He played in the Freeland YMCA tournament 4 years, winning the championship 3 years. Twice Tony finished in the top 10 scorers. Tony has over 20 years’ experience as a basketball coach, earning the reputation as one of the top coaches in the Commonwealth of PA. In 1967, at the age of 26, Tony became one of the youngest head coaches in the history of the state at St. James, Chester, in the Philadelphia Catholic League. From 1972 through 1976, Tony was recognized as the winningest coach in the state while his Aliquippa Senior High School teams led the state defensively in 1973 and 1975. They won three consecutive league championships, twice advancing to the state semi-finals. White at Aliquippa, he also coached the JV team five years; they won 85 of 104 games. Tony was named Coach of the Year in 1973-1974 by the Pittsburgh Post Gazette; Coach of the Year in1973, 1974, 1975 by the Pittsburgh Press, Beaver County Times, Beaver Falls News Tribune; Coach of the Year in 1972-1973 by the Beaver Valley Sportsman Association. Tony coached the Western PA all stars in the New York State Classic in 1973, and the PA team in the 1974 Dapper Dan Roundball Classic. In 1977, Tony was offered as assistant coaching position at UNLV with Jerry Tarkanian, which he turned down, electing to go to Farrell High School in Farrell, PA, as head basketball coach as well as recreation director. In 1982-1983, Tony was named head basketball coach at Luzerne County Community College in Nanticoke, Pa, leading them to the state playoffs. Tony has lectured at numerous basketball camps throughout PA, NJ and Delaware and served as vice-president of the PA Basketball Coaches Association in 1973 and president in 1974. In 1982, he founded the boys-girls Saullo Serany basketball league and in 1983 started the over 30 basketball league in Hazleton. Tony worked as an education consultant for McGraw-Hill Publishers in New York City in the past. He owned and operated the East-West PA basketball camp. In memory of his father, Samuel Parnell Sr., who died in 1981, Tony instituted benefit games for the American Cancer Society in the greater Hazleton area, receiving honors for his efforts. Tony served as recreation director for the City of Hazleton from 1982 to 1984 and is again serving in this position, supervising the Saullo Serany basketball leagues which this year had a record number of participants and 47 teams, grades 3 through 12. He is the father of a son, Anthony, who resides in Farrell, PA and is presently a senior at Kennedy Christian High School in Hermitage, PA.