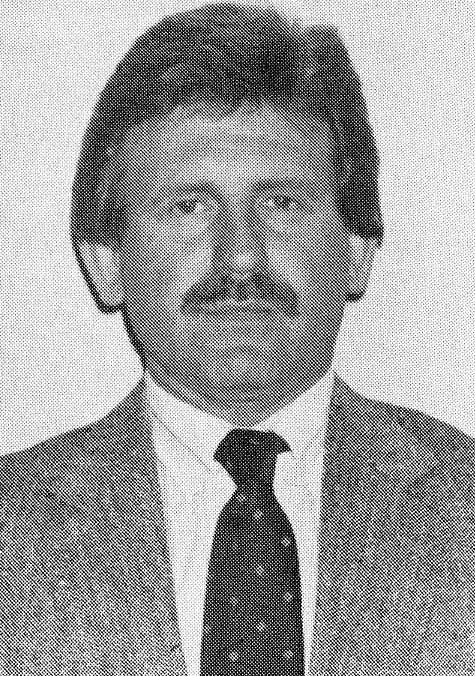 Hanover Township High School product, Al Kopacz, excelled locally both on the football field, as a record-setting quarterback, and along the sidelines, as a highly successful, winning coach at his alma mater. While he was also a three-time winner on the basketball court, it was on the gridiron that Al Kopacz most prominently displayed the talent and leadership that eventually would elevate him to true “Hall of Fame” status. In 1963, Al launched a four-year, achievement-laden football career that would culminate in his senior year with his being elected co-captain of the 1966 Hanover team. In addition to leading his Hawkeye team to a stellar season, Al achieved numerous individual post-season honors. He was named first team Wyoming Valley Conference all-scholastic. He was elected to the coachs’ all-conference first-team and, ultimately, was deemed honorable mention all-state by the Pennsylvania Associated Press. Today Kopacz still holds the Wyoming Valley Conference record for the most touchdown passes and most passing yards in a single game, and until the 1991 season, held the single season touchdown record with 23. Even the loss of that mark, however, brought no particular disappointment since it was broken by Hanover quarterback, Erik Pearson, who learned his football under the tutelage of Al Kopacz. Al perpetuated his role as leader in 1967 when he moved on to Bloomsburg State University and was immediately elected co-captain of the freshman team. He was designated the starting varsity QB at “Bloom” in just his sophomore year only to have his very promising career ended prematurely by a severe knee injury. Nevertheless, Al went on to graduate from Bloomsburg in 1971, and immediately accepted a teaching position at the newly-formed Hanover Area School District. His illustrious coaching career would begin only three years later in 1974. After serving a seven-year apprenticeship as an assistant coach at Hanover Area High School, Al was awarded the head coaching position in 1982. He immediately transformed a program in the doldrums to one that would enjoy unparalled success. In only two years, he led the Hawks of Hanover to an undefeated, overall 13-0 record in 1983 and a Wyoming Valley Conference title–Hanover’s first title since 1944–and further to the Eastern Conference Class B title that same year. The following year, Hanover again claimed the Wyoming Valley Division Championship as well as the Eastern Conference Class B Championship, winning 23 straight games in the process. In 1990 and 1991, Al topped even these accomplishments when he guided his Hanover charges to a conference record winning streak of 30 straight games and two successive Class B state title appearances–an achievement unprecedented in state football annals. Hanover was runner-up state titleist in ’91 and in a “storybook” ending won the 1990 state championship in sudden death overtime. During his 10 years as head coach at Hanover Area, Kopacz’s teams achieved an overall 76-39-2 record, had two undefeated teams, won four Wyoming Valley Conference Championships, and captured four Eastern Conference Division II Championships. Al was twice named Wyoming Valley Conference Coach-of-the-Year, was chosen State Football Coach’s AA State Coach-of-the-Year in 1900 and received the ultimate coaching honor in 1991 when he was designated Associated Press Pennsylvania Small School Coach-of-the-Year. Just this past summer, Kopacz, picked as an assistant coach for the Pennsylvania “Big 33” all-star team, helped lead that team to a convincing victory over the Maryland all-staters. Away from the football arena, Al, who later gained his Masters degree from Bloomsburg University, is a teacher at Hanover Area High School and has been there for 21 years. He is married to the former Christine Truszkowski, and has two sons currently in college; Alex, a senior at Mansfield University, and Brian, a freshman at Lehigh.