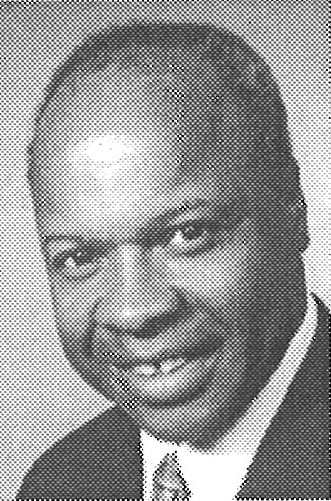 Bill is one of the most well-rounded and versatile athletes in Easton Area High School history, and earned a record thirteen letters during his career from 1955 through 1959. He was on the Pennsylvania All-State Football Team, the Big 33 Football Team, and in his senior year served on Easton’s undefeated football team, as well as the District II Championship Baseball and Track Teams. He also won the school’s long jump record, and placed 5th in the 1959 state long jump event.

He has received many community awards for his work with youth, including the “Rainbow Festival Award,” the NAACP 1995 President’s Award, and Easton Day Honoree and Homecoming Award, and a certificate of Special Congressional Recognition.

His positive thinking and concern for all citizens led him to the political arena, and in 1982 he became the first black to be elected to the Easton City Council, and served as its President from 1985-87, 1988-90, and from 1990-92. He has been Chairperson of the Committees for Planning and Development, of the Police, Fire, and Health Boards, and of the Public Works and Public Property Board, helping Easton to reach its current status as a renaissance city.

He is married to Mrs. Elizabeth Houston, the father of four successful children, and a very proud grandfather. He continues to stay very active in service to his community.