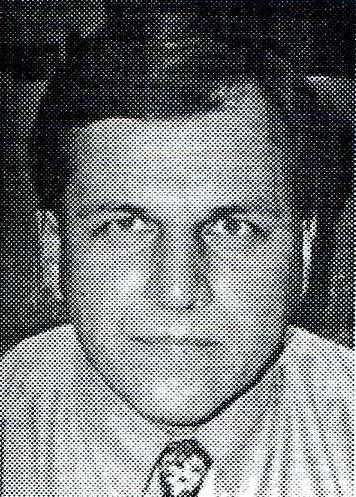 Ron Kropa graduated from Elk Lake in 1971. He was a member of the 1969 basketball team, which won the state championship also, a member of the baseball team that lost only three games in four years. In 1975, he graduated from West Virginia Wesleyan College where he started on the baseball team for three seasons, and as a senior was an All-Conference West Virginia Intercollegiate Athletic Conference selection. In the fall of 1975, Ron started teaching at Elk Lake where he coached girls’ basketball, volleyball, softball and JV wrestling. He coached softball for seven years, compiling 97 wins and 18 losses, which included six league and five district championships. As the girls’ bas­ketball coach for three seasons, Elk Lake did not lose a league game. In 1979, Ron took the position of boys’ basketball coach; for seventeen years Ron compiled a record of 323 wins and 135 losses, winning eight league championships, six district championships, and five district runner-ups. Coach Kropa’s team won 11 state playoff games, and in 1982 played for the state championship. In 1989 and 1994, Elk Lake played in the Eastern Semi-Finals. Twice Ron was named Regional “Coach of the Year.” As a coach at Elk Lake, Ron’s overall record was 533 wins and 176 losses. He ran numerous basketball camps and clinics in the area, the latest as Director of Camp St. Andrew, Tunkhannock. Ron was an outstanding softball player, playing on two state championship teams, three state runner-up teams, and two National Championship teams. Kropa was selected to two all-state teams and two All-American teams, and in 1981 was voted the Most Valuable Player of the ASA National Softball Tournament. Ron received his Master’s Degree from the University of Scranton in 1984, and is currently an assistant principal at Rockingham County High School, N.C. Ron and his wife Kathleen have four daughters, Kasey, Kalen, Karley and Kinsey, all of whom are athletes. Pres­ently, the only coaching Ron does is for his daughters’ AAU basketball teams.